The mission aims to directly promote the capabilities of the Philippine electronics sector to its foreign partners through proactive business engagements and partnerships with French companies and organizations like the Angers French Tech (AFT) and the Alliance Electronique (ACSIEL).

As part of an ongoing collaboration between the government and the private sector, the mission is also aligned with the electronics industry’s roadmap called the “Product and Technology Holistic Strategy” or  PATHS, which identifies niche products and technologies that the Philippines should be focusing on in the next five years.

Funded by the DTI, the PATHS study is administered by the DoST and implemented by SEIPI.

The first leg of the October mission serves as a response to Philippine Ambassador to France Ma. Theresa P. Lazaro’s invitation for SEIPI to conduct an electronics industry mission in Paris. Through the mission, SEIPI also aims to meet with the members of ACSIEL in order to facilitate technology exchange, business-to-business meetings, and investment opportunities.

The second leg of the mission, on the other hand, is the sealing of a partnership between SEIPI and Angers French Tech (AFT)—the local government’s thematic entity of the national French Tech initiative. It is also a program for French start-ups, investors, entrepreneurs, investors, developers, corporations, government agencies, and research institutes, encompassing all industries while advocating the digital technology called La French Tech.

The prelude to this partnership was the signing of a Memorandum of Understanding (MOU) between SEIPI and the AFT in DTI International-Manila last June. It will formalize their plans to set up a French Pavilion in the Philippine Semiconductor and Electronics Convention and Exhibition (PSECE) in 2019.

On October 26, 2018, meanwhile, both SEIPI and AFT will commit to a mutual promotion of events, such as an establishment of a virtual office of SEIPI in France.

The MOU is also one of the strategies of SEIPI to capture a bigger share in the Internet of Things (IOT), since France is one of the Philippines’ fastest growing exports market.

“SEIPI is in an aggressive mode to promote the Philippines as a reliable partner with inherent technical capabilities to take on the opportunities in global markets,” Lachica said.

“We are part of the significant value chain and the Philippines is a prime mover in the internet of things,” he added.

With the current performance of the electronics industry, which serves as the headliner of Philippine exports, the DTI-Trade and Investments Promotion Group (TIPG) aims to improve the collaboration between the government and the private sector to help shape the trajectory for the Philippine electronics export.

“Under the Philippine Export Development Plan, our focus is to provide substantial support for our export sectors, where the Philippines has a competitive advantage,” said DTI-TIPG Undersecretary Nora Terrado.

“We expect a stronger collaboration between the Philippines and France through this undertaking. We also aspire to generate higher value for goods that are manufactured in the country. This will allow our people to be at the forefront of technology and innovation to create high value jobs for our people,” she added. 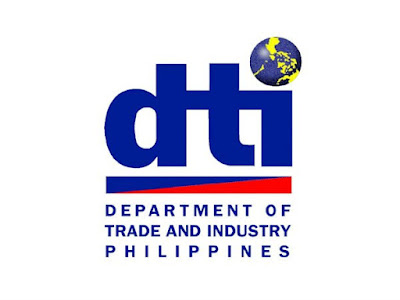 The electronics industry remains as the country’s top exporter. In 2017, the country’s electronics exports posted a double digit growth of 11.16 percent at $36.54 billion—the highest in the industry’s history.

Through the five-day mission, the Philippines aims to be recognized as one of the best providers of electronic products and services in the global industry.

But most importantly, it will help Filipinos gather information on best practices for emerging trends and industry developments within the electronics sector of France.
Posted by Boy Raket at 12:00 PM