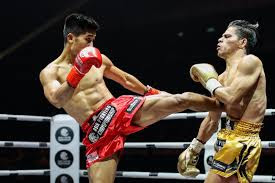 Filipino athletes have reached the pinnacle of success in ONE Championship’s flagship bracket of mixed martial arts, setting an unprecedented record of six world title wins in the seven-year history of the promotion.
Doors of opportunity keep on opening for the Philippines’ homegrown talents as a highly-touted Filipino martial artist will don the country’s colors for the first time in the heavily-acclaimed ONE Super Series, a separate league that was launched by ONE Championship this past April to showcase the purest forms of world-class striking such as Muay Thai and kickboxing.
Ryan Jakiri is set to make his promotional debut against China’s Han Zi Hao in a three-round bantamweight kickboxing bout on the undercard of ONE: PURSUIT OF GREATNESS, which takes place at the Thuwunna Indoor Stadium in Yangon, Myanmar on Friday, 26 October.
“I am honored to be part of a world-class promotion like ONE Championship. When I heard about ONE Super Series a few months ago, it gave me a clear idea of where I wanted to be,” he revealed.
“ONE Championship has a huge following around the world. With the company opening its doors to other branches of martial arts through ONE Super Series, it reached out to struggling athletes who are in dire need of exposure,” Jakiri added. “It’s a new beginning for me. I am excited to be in this new journey. I hope everything will turn out special for me as part of the growing ONE Super Series roster.”
Jakiri, who also tried his hand in mixed martial arts four years ago, is a six-time Philippine national Muay Thai champion who sports a 9-3 professional record.
The 26-year-old native of Zamboanga City, Philippines has represented the Philippines in various international tournaments and regional combat sports organizations such as Southeast Asian (SEA) Games, Asian Indoor and Martial Arts Games, and Kunlun Fight. 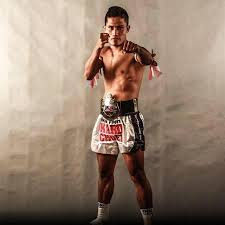 At the 2017 SEA Games in Kuala Lumpur, Malaysia, Jakiri brought home the bronze medal in the 63.5-kilogram Muay Thai category.
In the professional ranks, Jakiri is remembered for his highlight-reel performance under the Kunlun Fight banner in April 2014 when he made quick work of former OPBF Intercontinental titlist Ou Yang, knocking out his Chinese opponent with a high kick and a follow-up overhand right in the first round.
Known by the moniker “Filipino Assassin” due to his calculated but aggressive offense, Jakiri looks to leave a lasting impression in his first ONE Super Series appearance.
“The ONE Super Series locker room has the best of the best in both Muay Thai and kickboxing. It’s a chance for me to raise my stock as a competitor in this sport,” he said.
However, a tough test awaits Jakiri in his maiden ONE Super Series outing as he takes on Han, a 23-year-old Top King Muay Thai World Champion who boasts an experienced standing of 58-15.
Han’s first two ONE Super Series assignments had contrasting outcomes, yielding to Cyprus’ Panicos Yusuf via unanimous decision last July before redeeming himself at the expense of Greek striker Stergos Mikkios by way of unanimous decision two months later.
While Han may have the advantage in youth as well as experience on paper, Jakiri believes that he will be ready for anything that the Thailand-based Chinese dynamo has to offer.
“I do not think Han Zi Hao offers anything I have not seen. I need to be ready for his fast hands, but otherwise, I do not think he is superior to me in any aspect,” he stated. “I think he and I are stylistically similar, so I am looking to prevail over him with the improvement I have been making in my game.”
Having his hand raised in triumph against a top-tier foe like Han will certainly elevate Jakiri’s status as one of ONE Super Series’ top bantamweight kickboxers.
“I will fight anyone as long as it will lead me to the top of my weight class. I am dedicated on making the most of any opportunity that ONE Championship grants me,” he claimed.
Competing in the world’s premier martial arts organization, Jakiri finds himself on the perfect stage to achieve his dream of global stardom.
“My goal is to win my bout in ONE Super Series on Friday. I am here for a reason and a purpose. While it’s a great feeling to represent the Philippines on the international stage, it’s also a big opportunity for me to reach for the stars and turn my dreams into reality,” he concluded.
For more updates on ONE Championship, please visit www.onefc.com, follow us on Twitter and Instagram @ONEChampionship, and like us on Facebook at https://www.facebook.com/ONEChampionship.
About ONE Championship™
ONE Championship is the largest global sports media property in Asian history. Headquartered in Singapore, ONE Championship is the home of martial arts and is the world's largest martial arts organization, hosting bouts across all styles of martial arts such as Muay Thai, Kickboxing, Karate, Kung Fu, Silat, Sanda, Lethwei, Mixed Martial Arts, Tae Kwon Do, Submission Grappling, and more. The world’s most exciting martial arts organization hosts the largest sports entertainment events across Asia, featuring some of the world's best martial artists and world champions, all signed to exclusive contracts, on the largest media broadcast in Asia. In addition to its digital platforms, ONE Championship broadcasts to over 1.7 billion potential viewers across 138 countries around the world with some of the largest global broadcasters, including Fox Sports, ABS-CBN, Astro, ClaroSports, Bandsports, Startimes, Premier Sports, Thairath TV, Skynet, Mediacorp, OSN, and more.
Posted by Boy Raket at 12:30 PM