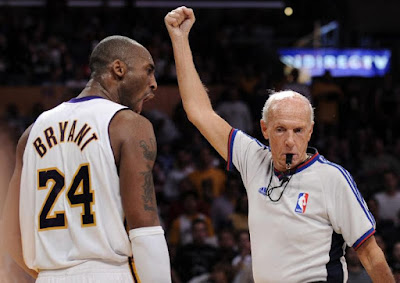 The NBA is also announcing the following steps:
·         Increase the officiating staff by 25 percent within three years, including 10 percent by next season, through a more diverse and comprehensive approach to sourcing and hiring.
·         Use a new, data-driven game review system to create objective referee measurement standards and track progress regarding call accuracy and errors per game over multiple seasons.
·         Leverage technology to develop innovative methods to train officials, including the use of virtual reality.
·         Improve and expand the process by which teams inquire about specific plays or offer input on the officiating program.
·         Install a newly-created postgame survey process for coaches to share officiating feedback in real time.
·         Develop guidelines and establish forums to improve decorum and in-game communications among players, coaches and referees.
·         Introduce a new scheduling system to optimize the chemistry and composition of officiating crews and ensure rest for individual referees.

These newly-announced initiatives are the latest in a series of improvements to the officiating program.  The NBA expanded the use of its state-of-the-art Replay Center, unveiled a replay video archive and initiated real-time postings on its social media assets of the replays used by officials to make calls during replay reviews.  In other moves to increase transparency, the NBA added referee names alongside calls in official play-by-play reports and now shares play-by-play reports detailing all calls and material non-calls that occur in the last two minutes.

The NBA will continue to use the NBA Development League (which will become the NBA Gatorade League next season) to train referees and experiment with new approaches to officiating.
Posted by Boy Raket at 1:23 PM