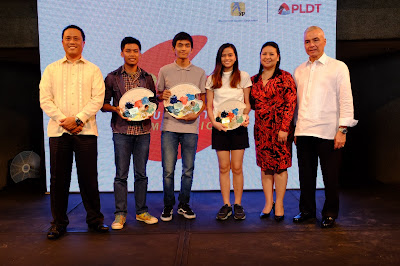 Artemio Bongawan Jr. of the University of Mindanao won the grand prize of the 31st Visual Arts Competition (VAC 31) of the Directories Philippines Corporation and Philippine Long Distance Telephone Company.

Bongawan’s hyperrealistic entry "AGEnt of Success", which showed an old woman who dreams of finishing her studies, captured the interest of the judges with its rendering and clear, uplifting message. This year’s competition challenged fine arts students nationwide to interpret the theme “Habang May Buhay, May Pag-asa”.

"I wanted to show that as long as you have hope and you persevere, nothing comes too late. Age doesn't matter when it comes to aspiring for success," Bongawan explained.
Meanwhile, John Merick Eupalao of Adventist University of the Philippines of Cavite and Maria Teresa Ramos of Far Eastern University won second and third prizes, respectively. Eupalao won for his colorful acrylic on canvas painting entitled “Pag May Pagmamahal, May Pag-asa , while Ramos won for her painting entitled “Light of Hope”. FEU has been the winningest university through the years in the directory art competition.

Besides the top three winners, Arvin Cantalejo Jr.'s Reflection of Hope, a disabled man who paints himself as a whole person, won the People's Choice Award. The winning entries will be used for the 2017-18 White and Yellow Pages PLDT directories.

87 art works with different interpretations of the theme were submitted for the competition, with 30 entries moving up as finalists. The 30 finalist entries were exhibited at the Pasilyo Vicente Manansala at the Cultural Center of the Philippines prior to the final judging and awarding ceremony.
The final judging of VAC31 was held Thursday, March 23, 2017 at the Main Lobby of the Cultural Center of the Philippines in Pasay City.

Entries were judged on the basis of visual composition, originality, adherence to the theme, overall impact and suitability as cover. 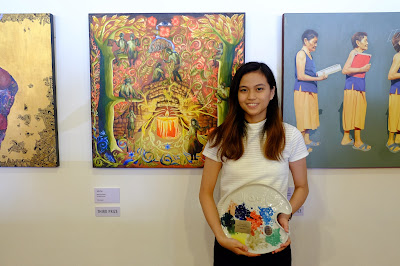 VAC 31 is an annual arts competition for student artists in the Philippines organized by DPC and PLDT. The competition has explored various art forms and media during its three-decade old history. Last year the competition deviated from painting entries to photographic images.

*This is Press Release
Posted by Boy Raket at 10:22 PM