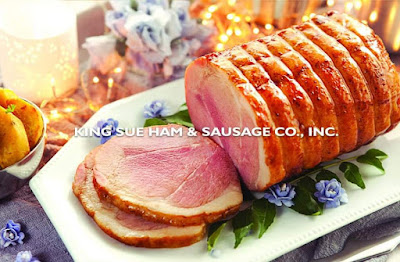 In no other country is Christmas more special than in the Philippines. Here, it's
more than tradition-it's so ingrained in every Filipino's hearts that a
September es, well-loved Christmas songs start to be played and some even
begin to put up small decorations that reflect the yuletide season.

An important part of that, of course, are the gatherings with family and friends.
And for this particular season, the highlight will always be the Christmas ham, a
tradition King Sue Ham & Sausage Co. Inc. understands very well. 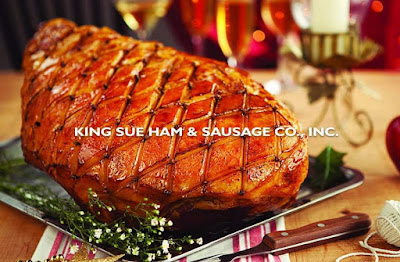 lts founder, Mr. Cu Un Kay, came to Manila from China as a 12-year-old on board
avessel. Even at a young age, he knew the importance of hard work and was
employed as a cook by his uncle who owned a cold storage facility in Echague.
There, he met a German who later taught him to manufacture hams and cold

Using this knowledge, Mr. Cu Un Kay started his own business and sought to
perfect the meat production process using only aluminum cauldron over three
adobe stones. He concentrated on producing hams, especially the Bone-in-
Chinese Ham, which his business became known for.

At the end of World War II, the brand "King Sue" was born. "KING", the family
surname, implies royalty and enormity while "SUE", means small in Fookien. The
two names, while seemingly contradicting, actually tells the story of how Mr. Cu
Un Kay may have had modest beginnings, but his dreams and ambition are big.

The same could be said of Christr has gatherings in the Philippines. No matter
how big or small, Filipino gatherings have a way of making one feel like royalty

and King Sue exists to provide Premium Quality processed meats that deliver a
taste fit for a king, a queen, a prin ven a princess.

King Sue has a wide variety of Premium Christmas Hams that are sure to suit
every palate, budget, and preference from the popular Chinese Ham Bone-In,
Pina Ham, Sweet Ham, Hawaiian Ham, to its Pear-Shaped Ham. "There's a ham
for everyone regardless of age, gender, and lifestlye. It can also be enjoyed not
just during the Christmas season but all year round as well," says Romana Go,
Marketing Manager for King Sue.

lt is no surprise then that Filipinos who wish to make a lasting impression to
special people in their lives choose to either serve these during breakfast, lunch,
or dinner, and most often give these as gifts during the sea

Indeed, King Sue is as part of Filipino Christmas tradition as the quezo de bola
and the various lucky round fruits and its quest to satisfy the Filipino taste and
their ver-changing lifestyle will always be at its core values.