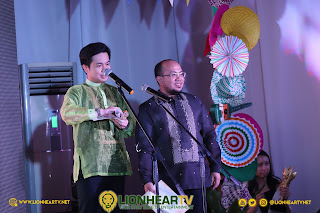 It was a night of Philippine fiesta-themed for the awards night of the annual RAWR Awards 2018 and was held last November 14 at Le Rêve Pool and Events Place in Quezon City.

From its last year’s list of awards of 25, the awards this year has grown to 30 including special citations.

Both the TNT Boys and the Queen of All Media Kris Aquino were recognized as the Royal Cub and the Royal Lion awardees.  The Royal Cub Award recognizes young individuals or groups that exhibited excellence in their craft and have earned respect for their passion and talents that they have shared to world. Meanwhile, the Royal Lion Award is a distinct honour for someone who has shown courage beyond all odds. Though hard to find like a precious gem, still that individual sparkles in all aspects.

Both Joshua Garcia and Kathryn Bernardo were named as Actor and Actress of the Year for their respective body of work in ‘The Good Son’ and ‘The Hows of Us’. JM De Guzman was also given the award for The Great Comeback, Tony Labrusca as Breakthrough Artist of the Year, Donny Pangilinan as Favorite Newbie, Vice Ganda as Favorite TV Host, DJ Jhai Ho as Favorite Radio DJ, Hashtags as Favorite Group and MayWard as the Love Team of the Year. 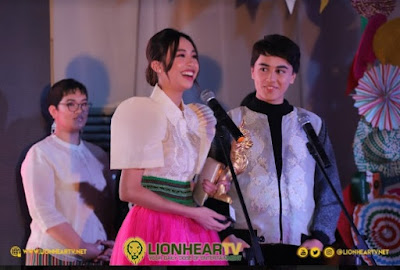 The Kapuso Network managed to clinch five awards—Kyline Alcantara was named Favorite Kontrabida for her effective portrayal of a villainess in ‘Kambal Karibal’, ‘Inday Will Always Love You’ as Bet na Bet na Teleserye, Maine Mendoza as Pak na Pak na Comedian, Jessica Soho as Female News Personality of the Year and Kimpoy Feliciano as Digital Influencer of the Year.


Here are the rest of the winners:

LionHearTV’s RAWR Awards honor and recognize the Best and the Brightest in the Philippine Entertianment industry every year.

KaladKaren Davila returned onstage to host the fourth edition of this blogger and Netizen-empowered awards.