Venus Tan is the New Chief Operating Officer of TPB 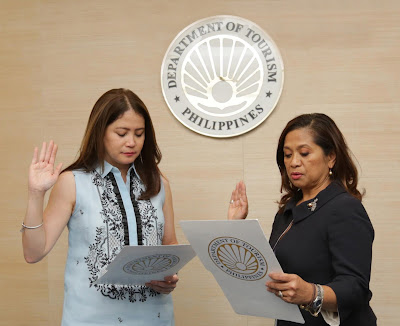 The Board of Directors of the Tourism Promotions Board (TPB) Philippines is pleased to announce the appointment of Ms. Marie Venus Tan as its Vice Chairperson and concurrently, the Chief Operating Officer (COO) of the TPB.

Prior to her assumption of office at the TPB, COO Tan was the Director of the Department of Tourism in the Cordillera Administrative Region (DOT-CAR) for three (3) years. In that capacity, she spearheaded several urban rehabilitation tourism initiatives, including her brainchild campaign, Rev Up, Revive, Revisit, Revitalize (REV-BLOOM), Project Stobosa, Project PURAW and the Village Innovation Community Enhancement Project, among others. Likewise, COO Tan held the post National Coordinator for International Marketing and Promotions of North Luzon and Palawan from May 2015 until September 2018.

She is known for her genuine dedication to the cause of sustainable tourism, as attested by her affiliation with notable local and international organizations dedicated to socio-civic causes. COO Tan is a member of the Steering Committee of the United Nations Mountain Partnership in Slow Food International, Chair of the Asia Pacific Government Cluster and the focal person in the Philippines for the UNESCO Creative Cities Network 2017. She is Vice President of the Cordillera Association of Regional Executives (CARE), the founding Chair of the non-governmental organization Inspirational Women of the Cordilleras (IWOC), the International Organization Women in Travel, and Asia Travel Marketing Association. 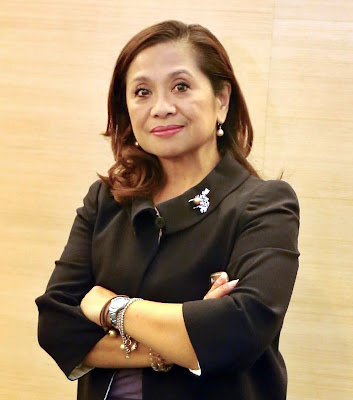 COO Tan started her career as a Senior Public Relations Officer of the Philippine Tourism Authority (PTA) from January 1980 to December 1986. She went on and acquired nearly 13 years’ worth of experience as Chief III of the Europe and the Americas Divisions of the then Philippine Convention and Visitors Corporation (PCVC), the precursor of the TPB. COO Tan’s hard work lead to a significant contribution to the development of Philippine tourism relations with Western, Central and Eastern Europe for 15 years, serving as Tourism Attaché for these regions beginning 2000 to 2015.

COO Tan is determined to make the TPB the DOT’s best performing agency under her administration. Topmost among her priorities are the development of meetings, incentive travel, conventions and exhibition events (MICE), providing optimal experiences for long-staying guests, and aiming for the Philippines’ high-spending source markets.
Posted by Boy Raket at 4:00 PM