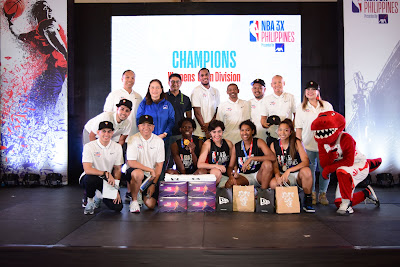 Returning for the ninth consecutive year, NBA 3X Philippines were headlined by Denver Nuggets’ Monte Morris, NBA Legend Muggsy Bogues and 2019 NBA Champions mascot, the Raptor.  The 3-on-3 tournament featured more than 1,000 participants representing 260 teams across divisions for boys (under-13, under-16, under-18, and open category), girls (under-18 and open category), Celebrity Division featuring local personalities, and AXA Division.

In the Celebrity Division, Team Uy Uy Uy, composed of Dominic Uy, Vince Hizon, Yuri Escueta and Miko Abello, defeated Calix comprised of Xavy Nunag, Nikko Ramos, Jutt Sulit and Marxx Monterola.  The AXA Division saw Bank Assure: Born Ballers outlast AAA2 of Head Office in their finals. In addition, SKAPRO, Caloocan Supremos and Caloocan Supremos 1-A emerged as winners in the Boys Under-13, Under-16, and Under-18 Divisions, while FCPC captured the Girls Under-18 title. 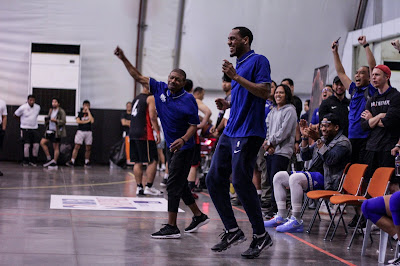 NBA 3X Philippines presented by AXA follows the launch of AXA’s newest brand campaign, “Know You Can,” which reminds its customers that a better life is within reach if they believe it can be achieved.  Aligned with AXA’s mission of empowering people to live better lives, the campaign will feature a prominent sports figure who embodies self-belief on and off the playing court.

The following is a complete list of division champions of NBA 3X Philippines 2019 presented by AXA: 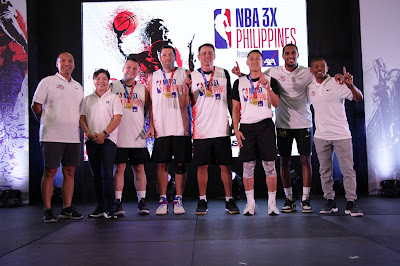 The NBA is a global sports and media business built around four professional sports leagues: the National Basketball Association, the Women’s National Basketball Association, the NBA G League and the NBA 2K League.  The NBA has established a major international presence with games and programming in 215 countries and territories in 50 languages, and merchandise for sale in more than 100,000 stores in 100 countries on six continents.  NBA rosters at the start of the 2018-19 season featured 108 international players from 42 countries and territories. NBA Digital’s assets include NBA TV, NBA.com, the NBA App and NBA League Pass. The NBA has created one of the largest social media communities in the world, with 1.6 billion likes and followers globally across all league, team, and player platforms.  Through NBA Cares, the league addresses important social issues by working with internationally recognized youth-serving organizations that support education, youth and family development, and health-related causes.
About AXA Philippines
Established in 1999, AXA Philippines is one of the largest and fastest growing life insurance companies in the country.  It offers financial security to more than 1.5 million individuals through its group and individual life insurance as well as general insurance products through its wholly-owned subsidiary Charter Ping An.
AXA Philippines is one of the first to introduce bancassurance operations in the country, and is among the pioneers in the investment-linked insurance sector.  AXA now offers a complete range of products for all its customers’ insurance and financial protection needs, including savings and investments, health plans, income protection, and health coverage; and through its general insurance subsidiary, Charter Ping An: fire, motor car, marine cargo, personal accident, bonds, casualty, and engineering insurance products.
AXA Philippines is a joint venture between the AXA Group, headquartered in France, GT Capital Holdings, Inc. (GT Capital), a leading listed conglomerate in the Philippines, and Metropolitan Bank and Trust Company (Metrobank), one of the Philippines’ largest financial institutions.