AXN Gets into Gear with Cash Cab Philippines Premieres December 22, 2015 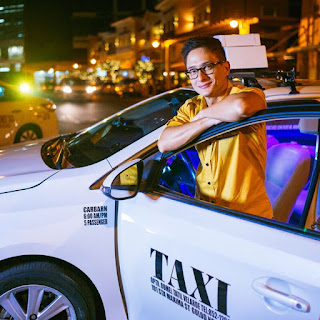 AXN, the number one general entertainment channel in Asia, is delivering an awesome gift to viewers this festive season with the premiere of Cash Cab Philippines, the only gameshow on wheels.
The Emmy-award winning format, created especially for Filipino audiences, will premiere in a double episodeon Tuesday, December 22, at 8.50pm with an encore on Thursday, December 24, at 9.15pm.During the show, a specially fitted out Cash Cab will navigate the busy streets of Manila while picking up unsuspecting passengers. The Cash Cab will appear as a regular taxi service however,upon entering the car passengers will find themselves as contestants on a truly mobile game show.

Ang Hui Keng, Senior Vice President and General Manager, Sony Pictures Television Networks, Asia said, “Cash Cab Philippines is a localized adaptation of AXN’s very successful Cash Cab Asia so the show will immediately resonate with our Filipino viewers. The show continues our commitment tohigh quality original productions and sustains the momentum gained from The Amazing Race Asia, The Apprentice Asia and the record-breaking Asia’s Got Talent. AXN’s proven track record of hit series demonstrates a strong demand amongst viewers for shows that are smart, intense, unexpected and locally relevant.”
In the 13 episode series, popular actor Ryan Agoncillo will assume the role of cab driver and show host, driving passengers to their destination while quizzing them on general knowledge.  Questions asked during the ride will start easy and become trickierwith contestants winningcash prizes for each correct answer.An incorrect answer means a strike, and contestants have up to three strikes before they are booted out of the cab and onto the street, no matter where they are. Contestants will have two “shout outs” for help if they are stumped on a questionand can either call a friendor ask a random stranger for the answer.
Gidget Lao, Business Unit Head of AXN Networks Philippines, said, “Cash Cab Philippines is the first locally produced show for AXN in this market, and we are very excited for its debut just in time for Christmas. Ryan is an outstanding show host, and our contestants are great fun and really get into the spirit of the show. Our viewers are really going to love watching this show filmed against recognizable landmarks in Manila.”
Sony Pictures Television Networks, Asia commissioned leading independent production company activeTV to produce Cash Cab Philippines. activeTV also produced AXN’s Cash Cab Asia and The Amazing Race Asia.
Cash Cab Philippines is supported by its exclusive partner, StarcomMediavest Group; show presenters McDonald’s, Sun Cellular and PSBank; sponsor Petron and Toyota Abad Santos, provider of the Cash Cab vehicle.
AXN is seen on SkyCableCh 49, Cable Link C 38, Cignal TV Ch 61, Destiny Cable Ch 61, Dream Ch 20, and GSAT Ch 51
Posted by Boy Raket at 9:49 AM