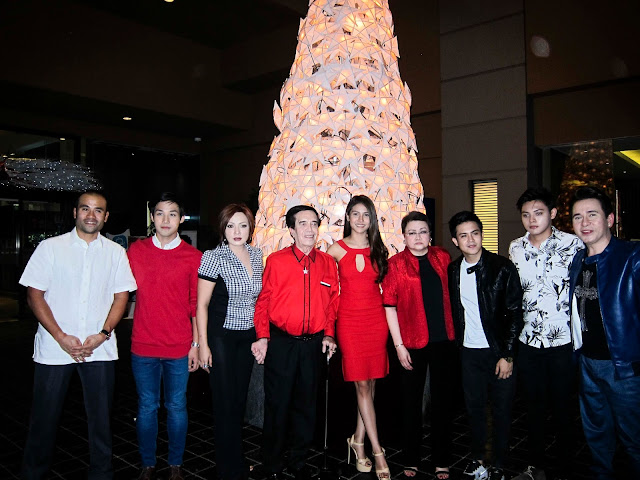 The Christmas lighting ceremony is an annual tradition in this part of Greenhills that is enlivened by the presence of stars and entertainment personalities. The dining, shopping and entertainment enclave is best known among leisure lovers for its favorite performance venues, the Music Museum and Teatrino, its glam Greenhills Cinemas, the first movie theaters in the country to show movies in state of the art sound technology, Dolby Atmos and its lively mix of shops and restaurants.

The lighting ceremony also touched off a series of engaging Christmas activities at the Promenade and Theater Mall. The Teatrino Film Series, a Philippine independent movie festival put together by Heneral Luna director Jerrold Tarog in September 2014, continues to regale moviegoers with weekend movie treats at the Teatrino up to December 19.

On December 19 a Star Wars exhibit featuring rare Star Wars toys and memorabilia will be held at the new Promenade Hall. Shoppers may join the X-Wing Game Tournament and witness the launch of the Darth Vader Annual #1 at the venue. Renowned Filipino comic book artist Leinil Francis Yu of Marvel Comics will have an autograph signing session for comic book fans. A Cosplay Contest will excite shoppers on the same day and exhibit goers get free movie tickets for special screenings of Star Wars: The Force Awakens, plus other freebies.

On December 21 and 22, the music of Charlie Park and K-Pops! will liven up afternoon Christmas shopping and leisure activities as the Korean group performs for holiday shoppers and passers by at the Greenhills Promenade and the Theatre Mall at 5:30pm.