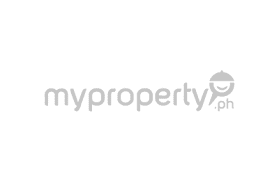 The year 2015 was an eventful one for Philippine real estate. It was a roller-coaster ride that coursed through both news of optimistic growth, and the not-so-positive issues that affected everyone involved in the real estate business.  Either way, these happenings helped shape the local real estate scene to what it is now, and could give us an indication of what’s in store for 2016. To refresh your memory, MyProperty.ph offers a look back at 10 of the biggest real estate-related news of the year.

A way to monitor real estate prices. The Bangko Sentral ng Pilipinas (BSP) is preparing to launch a residential real estate price index (RRPI) that aims to track property prices in Metro Manila, as well as nearby provinces. According to the BSP, the RRPI, which will include information on costs of construction materials and types of houses being built, will help determine the formation of a housing bubble so that preventive actions can be taken.

Rise of the townships. The year 2015 saw the rise of townships all over the country by different property giants. Megaworld Corp. alone launched five townships this year: Sta. Barbara Heights (Sta. Barbara, Iloilo), The Upper East and Northill Gateway (both in Bacolod, Negros Occidental), Westside City (Bay City, Parañaque), and a still-unnamed township in San Fernando, Pampanga. Ayala Land added two townships to their growing portfolio: Cloverleaf in Balintawak, Quezon City; and Capitol Central in Bacolod. Meanwhile, Vista Land and Lifescapes, Inc. is ramping up the development of Vista City, a 1,500-hectare “communicity” located at the boundaries of Cavite, Laguna, Las Piñas and Muntinlupa; and SM Prime is continuing to expand the Mall of Asia Complex in Pasay.

Pampanga’s continuous boom as a real estate destination. Pampanga is experiencing a gradual rise in real estate activity with the launch of several big-ticket developments this year. One is the aforementioned San Fernando township project by Megaworld, who plans to incorporate a cyberpark into the development to accommodate the city’s growing BPO sector. Also located in San Fernando, Century Properties’ Azure North is the brand’s addition to their line of resort-inspired developments. Filinvest Land will be working alongside Bases Conversion and Development Authority to develop the 288-hectare Clark Green City, which is designed to be the country’s first-ever smart, green, and disaster-resilient metropolis.

The opening of the Muntinlupa–Cavite Expressway (MCX). Presenting an opportunity to further boost the viability of the south as an investment destination was the launch of the Muntinlupa–Cavite Expressway (MCX), a 4-kilometer, 4-lane toll road that connects Bacoor, Cavite, to the South Luzon Expressway (SLEX). According to the Department of Public Works and Highways, the MCX will cut travel time between southern Metro Manila and Cavite by an average of 45 minutes, providing quick and easy access to the major real estate developments in the Cavite, Las Piñas, and Muntinlupa area.

Lower Pag-IBIG housing loan interest rates. Aspiring homeowners received good news when the Pag-IBIG Fund announced that they will be charging lower interest rates for housing loans. On June 1, 2015, Pag-IBIG began implementing a 6.5% interest for loans with a 3-year fixed period. Additionally, the following rates were implemented alongside their corresponding fixed-term periods: 7.270% for 5 years, 8.035% for 10 years, 8.585% for 15 years, 8.8% for 20 years, 9.05% for 25 years, and 10% for 30 years.

Tighter standards in bank loans for commercial real estate. In the second quarter of 2015, banks continued to implement stricter lending standards in terms of loans granted to property developers. According to the results of the second quarter 2015 Senior Bank Loan Officers’ Survey, there was a net tightening of overall credit standards for commercial real estate loans that, according to Bangko Sentral ng Pilipinas, was attributed to the said “perceived stricter oversight of banks’ real estate exposure along with banks’ reduced tolerance for risk.”

A second chance for broker exam non-passers. For aspiring real estate brokers, the May 24, 2015, licensure exam would have been their last chance to earn their license even without earning a real estate management degree, which meant bad news for non-passers. However, the Professional Regulation Commission – Board of Real Estate Service (PRBRES) announced that it will give non-passers a second chance by offering another brokers’ exam on February 28, 2016. According to PRBRES Chairman Eduardo G. Ong, this move was done “to show that our industry and the real estate service profession is a very robust profession, that we want everybody to be on board.”

Disasters that call for change. As news of the devastating earthquake in Nepal back in April resonated across the world, the Philippine Institute of Volcanology and Seismology (PHIVOLCS) revealed that a greatly damaging 7.2-magnitude earthquake caused by the West Valley Fault can potentially occur in Metro Manila in our lifetime. PHIVOLCS warned homeowners of the importance of choosing a home built away from fault lines, and one that’s disaster-resilient at that. Meanwhile, worsening traffic conditions in Metro Manila seem to have hit an all-time high this year, leading netizens to choose the area as the city with the worst traffic conditions in a survey conducted by navigation app Waze. As the Metro Manila Development Authority asks the public to brace itself for another 15 years of road gridlock, several possible solutions are raised, such as moving to homes closer to work to eliminate the need for commuting or driving and better project planning to avoid adding to traffic in highly congested areas.

The Torre de Manila case. No condominium made more headlines this year (albeit for adverse reasons) than DMCI Homes’ Torre de Manila, a residential condo rising 49 stories along Taft Avenue. In 2014, a petition was filed by the Order of the Knights of Rizal asking the Supreme Court to halt the construction of Torre de Manila as it is said to taint the iconic sightline of Luneta Park’s Rizal Monument. A temporary restraining order was issued by the Supreme Court in June 2015 to halt the project’s construction, although a final decision on whether to demolish the tower or allow DMCI Homes to complete it has yet to be reached.

Established in September 2010, MyProperty.ph is a leading Philippine real estate online and print brand that brings property buyers and sellers together. The website’s main offerings are listings of pre-selling properties and properties for sale and for rent. Both website and magazine also provide relevant and updated industry news and information for its clients and consumers
Posted by Boy Raket at 11:39 AM