Inner Strength: Kyrie Irving Trains His Way Back to the Game 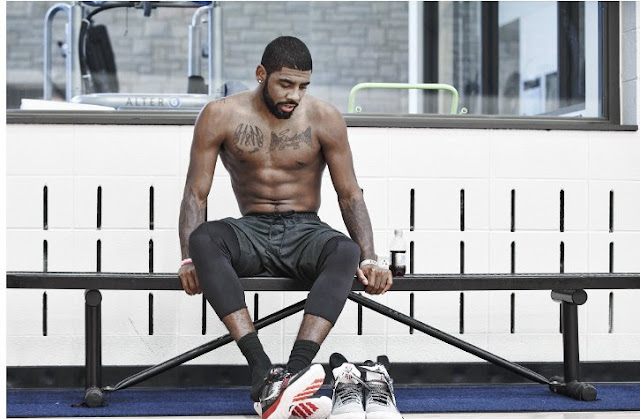 Kyrie Irving is an inch taller and 20 pounds stronger than when he burst into basketball’s collective consciousness at the 2010 Nike Hoop Summit.
Still, Irving hasn’t lost a step since his prep years in New Jersey. Through college and his early pro seasons, he has remained unrivaled in quickness on and off the ball. Irving attributes this advantage to a rigorous training regime.

He tapped into this dedication to fast-track his recovery after fracturing his left kneecap during Game 1 of the NBA championship series in June 2015. Instead of cutting back on training, he added a new series of isolated, weight-bearing dynamic exercises in the gym to complement his on-court workouts, which have been progressively approaching game speed. This recovery includes sweating every single day with his trainers, starting at 6:30 a.m., for two and a half hours prior to team practice at 10:00 a.m.


“It sucks being hurt,” Irving affirms. “But when you have guys in your corner — you have teammates and you have coaches who are continuously supporting you and helping you get to your goal, it makes life a lot easier.”
Iriving will make his season debut on Sunday against Philadelphia.
Posted by Boy Raket at 8:30 PM