Samsung Gear VR being enjoyed by the participants while Philrobotics brought Ironman that made the IoT Summit a lot of fun. BB-8 droid on display and several robotic items on display by e-Gizmo Mechatronix
The first Internet of Things (IoT) Summit in the  was the culminating feature in the 3 part event that included a Bootcamp and a Hackathon in partnership with ThinkLab which introduced and taught building hardware (IoT) projects using Gizduino board provided by e-Gizmo, and cloud computing solutions provided by Microsoft Azure held at ASpace_Palet Express.

Aside from featuring Smart Home, Smart Toys, 3D printers, Virtual and Augmented Reality technologies, the Summit opened the event with a conference having some speakers who are the prime movers of IoT Technology in the Philippines and abroad.

THE IOT SUMMIT PHILIPPINES’ PLENARY
Mr. Marthyn Cuan, the Chief Digital Officer of MERALCO gave the opening keynote followed by Gio Abaquin of Smart Enterprises that discussed the roadmap of IoT in our country together with Leo Lirio of IoT Technology Inc. While Joel Garcia of Microsoft Philippines, Teo Pohsoon from Ultimaco Singapore, Lowell Tortana of Nokia, Yue Savage of Impinj USA and Dr. Hernando Delizo of Clinica Manila also shared their expertise on Big data and Security, 5G in the Philippines and Connected Health respectively.

A panel discussion on Wearables and 3D printing were also the point of interest of the attendees. Showcasing the current and future plans on the said industries esp. that more and more multi-billion companies such as Samsung and Facebook are looking into the VR tech. 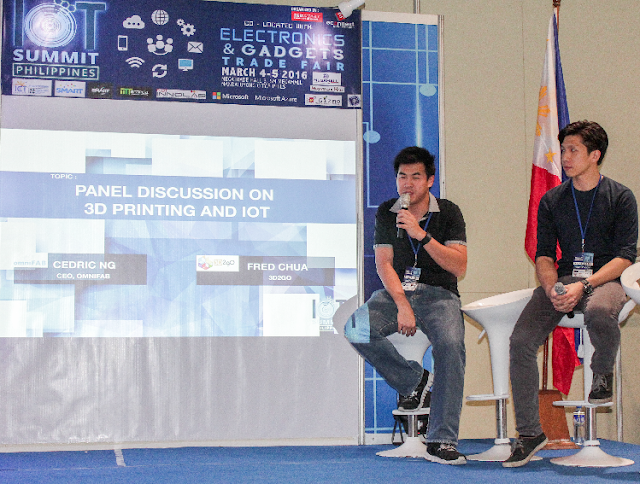 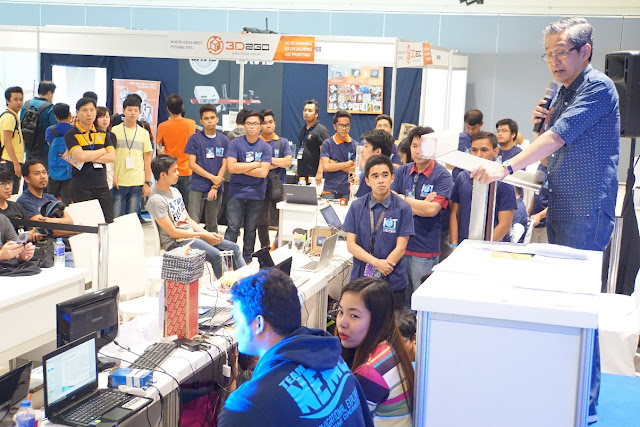 Mr. Mon Ibrahim during his opening remarks before the Hackathon Pitching Starts
The groups presented their demos in the plenary and the panel of judges vetted the projects with innovation, impact, design execution, business potential, and demo as metrics.
Project Bantay of Team Biotics emerged as the Grand winner. It is a simple home/office security system built on motion sensor device that can be manually activated. When triggered, options are 1. Emit an audible and/or visual alarm, 2. Take picture of the area where the event was triggered, and 3. Send SMS/MMS alert to a preconfigured smart phone and/or email the captured picture with tag to a dedicated email account.
This system is also equipped with an NFC/RFID Door lock which is accessed by a tagged NFC key/card. 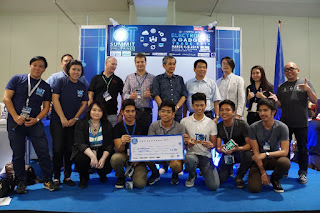 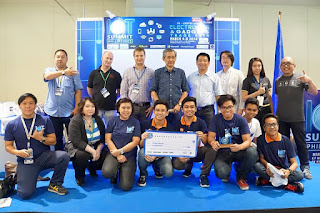 With the growing demand of Internet of Things technology in the Philippines and basing on the success of the first IoT Summit Philippines, Elaine Cedillo, the head organizer of the event said that they are looking forward to stage another IoT Summit and Hackathon next year. “We want to push further to continue to educate the different business and industrial sectors until we reach our goal by 2020 that everything will be connected and build awareness about the convenience brought by this technology” Cedillo continued.

“We are also happy to get the support of from our event partners, community partners and exhibitors such as ASpace, Thinklab, Philrobitics, VR Philippines, IoT Technology Inc. Nokia, GDG Philippines, Samsung, Omnifab, Dreambuild 3D printing,  Ephone, Digital Walker, Case Logic, CameraHaus, Essilor, Ximity Events, FireChat to name a few” Diego Jose Ramos, the co-founder of RedWizard Events Management continued.  “Internet of things is really the next big thing and we do not want the Philipines to be left behind” Ramos emphasized. 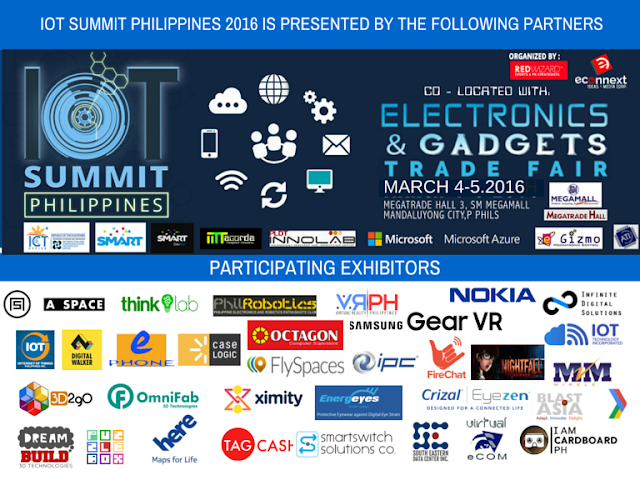 A follow up training on Gizduino board by Thinklab, Redwizard Events Management and EConnext Ideas and Media will be held on April 2, 2016 at the Ayala Technohub in line with the celebration of the International Arduino Day. There will also be exhibits of IoT and Robotic projects and extensive talks from respected speakers and makers about the use of Arduino boards.
So if you missed the IoT Bootcamp last February, you can still learn about IoT and Arduino. There will be an  IOT crash course and project building workshop in the afternoon (exclusive for All-access pass holders only).