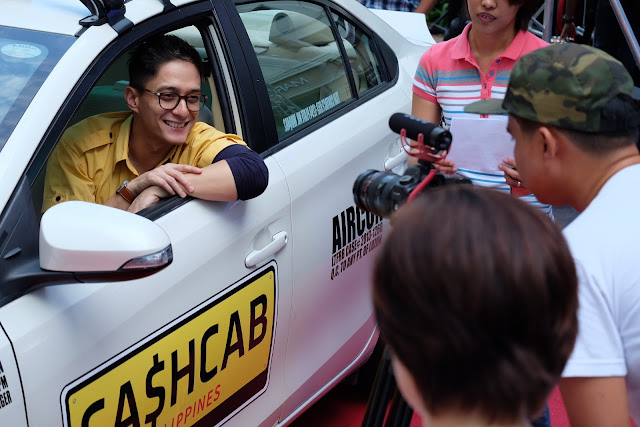 The coolest cab in town has definitely made commuting in the city a cheerier task.  Since premiering last December, Cash Cab Philippines has entertained viewers with its mobile trivia game show. It immediately went into high gear, consistently enjoying good ratings.

Host Ryan Agoncillo, a matinee idol-turned-host extraordinaire and a devoted father has played “Kuya Driver” since December. He has traversed the streets of Metro Manila in an inconspicuous taxi cab for months, picking up passengers and instantly transporting them to a game show stage.
Cash Cab aired its original version first in the United Kingdom and has since invaded the streets in other countries in Europe and Asia.

This March, Cash Cab is set to wrap up its first “trip” around the bustling streets of Manila and viewers are expected to await announcements regarding a second season.
Catch the last episode of Cash Cab Philippines later at 9:15pm on AXN.