NBA and CloudFone Announce New Multiyear Partnership in the Philippines 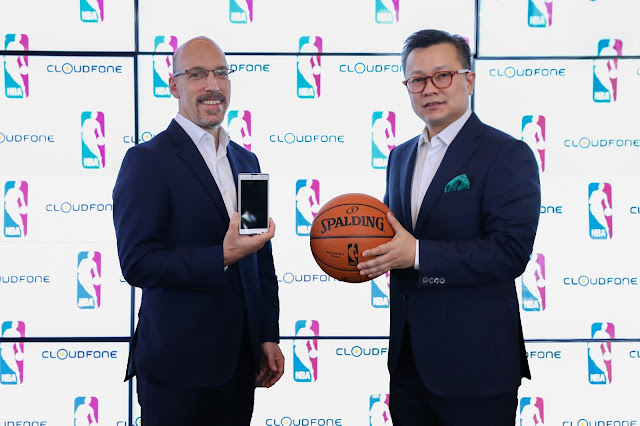 CloudFone will engage consumers by providing access to NBA content on its mobile devices, interactive digital campaigns and NBA-themed phone accessories.  Additionally, CloudFone will be integrated into the NBA’s marquee events in the Philippines, including the Jr. NBA/Jr. WNBA Philippines presented by Alaska, the league’s global youth basketball participation program, as well other initiatives such as NBA FIT and NBA 3X Philippines.

“CloudFone is venturing into lifestyle pillars such as sports, music, and entertainment, and partnering with the world’s biggest brands to deliver content and experiences that enhance the lifestyle of our consumers,” said CloudFone Chief Executive Officer Eric Yu.  “Globally, the NBA is the pinnacle of sports lifestyle and a brand that our consumers relate to, admire, and trust.  Together with the NBA, CloudFone will elevate the way Filipinos enjoy basketball by allowing fans to always stay connected to the game through our affordable mobile devices.”

“We are constantly striving to find new ways for Filipino fans to connect with our game, and CloudFone shares our commitment to innovation,” said NBA Philippines Managing Director Carlo Singson.  “Through this new partnership, CloudFone will provide fans access to NBA content on its consumer-friendly, world-class devices.”

CloudFone will also provide its nationwide customer base with special NBA promotions and experiences, including rewards-based retail programs designed to engage fans in creative ways.

CloudFone has established itself as a dynamic and leading contender in the ever intensifying race for mobile supremacy both in the local and global arenas. Deeply rooted in the Telco industry, CloudFone’s proactive collaboration with its numerous globally reputable technology partners had enhanced the Company’s mobile technology and handset development capabilities. These, and its exclusive partnership with the giant network operator, Globe Telecom, provide CloudFone with a cutting edge advantage over its peers and competitors. Hence, an array of awesomely crafted, technologically superior mobile handsets and tablets at costs within the buying capacity of the masses.