CHANGING PARTNERS Returns to the PETA Stage in May 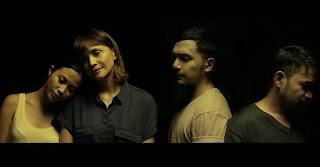 Following its successful transition into film, the critically acclaimed and award-winning musical CHANGING PARTNERS is returning to the stage this May at the PETA Theater Center.

According to multi-awarded composer and writer Vincent A. DeJesus, the book, libretto, and music of Changing Partners were inspired by his own personal stories and of his friends. When asked how long it took him to write this piece his reply was, “A lifetime.”

Changing Partners was first presented in a full-house, one-night-only Stage Reading at the Virgin Labfest in July 2016. The Virgin Labfest, spearheaded by the Writers’ Bloc Inc., is a festival of new plays by emerging and established Filipino playwrights held annually at the Cultural Center of the Philippines (CCP). The staged reading featured actors Ricky Ibe, Patricia Ismael, Giannina Ocampo, and Sandino Martin and was directed by Director Rem Zamora.

Two months after, DeJesus and Zamora came together once again to produce the full production of  Changing Partners: A Torch Musical. Produced by DeJesus and the PETA Theater Center, the musical was staged at the 115-seater PETA Theater Center’s Studios in September and October 2016. Actors Agot Isidro, Jojit Lorenzo, Anna Luna, and Sandino Martin starred in the play, while DeJesus was the musical director and provided live piano accompaniment. About the same time, The Bindlestiff Studio in California, U.S.A. produced and performed the musical as part of its Tagalog Theater Festival and featured Fil-American actors. Several weeks after, DeJesus submitted the script to the Palanca Memorial Awards for Literature where it received a Best Full-Length Play award. In November and December 2016, the musical went back onstage and had another successful rerun at the PETA Theater Center Studios. 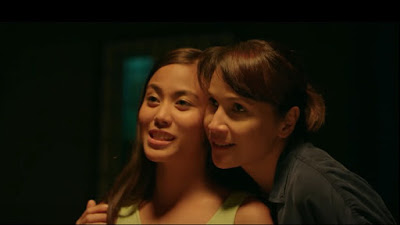 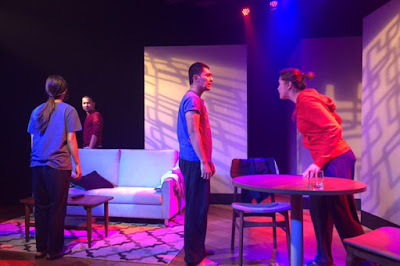 Looking at its track record, Changing Partners seems to be moving in the fast lane. In the span of less than two years, it has impressively achieved what would normally take about a decade, or more, to reach. But the team behind this gut-wrenching, anti-romcom musical is not slowing down anytime soon. They are taking Changing Partners to another level by bringing it to a bigger stage—the 400-seater PETA-Phinma Theater.

Agot Isidro, Jojit Lorenzo, Anna Luna, and Sandino Martin are returning to reprise their roles, and Director Rem Zamora is again directing. DeJesus will be joined by cellist Poch Gutierrez to provide live music accompaniment. Another addition to the close-knit team is production designer Ben Padero, who also designed the set of PETA’s adaptation of Marsha Norman’s “Night, Mother.”

CHANGING PARTNERS: THE STAGE MUSICAL is having a two-weekend run at the PETA-Phinma Theater, PETA Theater Center on May 11-13 and 19-20, 2018. Show dates are as follows: