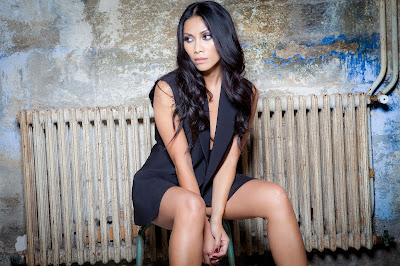 Sony Pictures Television Networks (SPTN), in partnership with the United Nations Foundation, today announced that internationally renowned musical artist Anggun has been named global judge for the Picture This Festival for the Planet (www.sonypicturethis.com), a short-film competition for emerging filmmakers, everyday storytellers and changemakers worldwide to showcase the positive future they see for our planet. Also joining an esteemed list of judges announced in the past several weeks are YouTube vloggers Damon and Jo, who will serve as the first and only digital-native judges for the festival.

Anggun, a World Music Award winning artist whose single What We Remember is currently on the Billboard Dance Charts in the US, is a judge on the hit-rated series, “Asia’s Got Talent,” and United Nations Goodwill Ambassador (2009-2017).

Anggun said: “I am very proud to be a global judge for the Picture This Festival. As an environmentally-conscious individual and artist, I believe delivering optimistic messages is the best path to creating public awareness. This festival emphasizes that creativity, imagination and visual talent can make an impact on how we can create a better and more sustainable future.”

Damon and Jo, otherwise known as Damon Dominique and Jo Franco, are digital content creators, entrepreneurs, travel experts and authors who have over 1 million followers across YouTube, Instagram and Facebook. The duo are currently in production on their Facebook Watch series Damn Millennials and recently released their first e-book Woke all while running their YouTube channel and travel site, Shut Up and Go.

Damon and Jo said: “In any given month, we may find ourselves in several different continents. Our passion for traveling, learning languages, documenting, and encouraging others to do the same is because we feel that the Earth's story can be told through every day perspectives. And more importantly, if people see the conditions of what's out there, and experience it either through our lens or that of their own eye, they'll be more empowered to take action and help what's important to them.”

Entries opened in January, with people from over 70 countries submitting videos between one and eight minutes in length inspired by the Sustainable Development Goals (SDGs), a set of global goals agreed upon by all 193 member states of the United Nations to end poverty, protect the planet and promote prosperity for all.

Partners in this year's festival are: the United Nations Foundation, the United Nations Association of the United States of America, WeTransfer, Sony World Photography Awards, Sony Alpha Universe, the Environmental Media Association, Connect4Climate and leaders and environmental visionaries from around the globe. SPTN launched a similar contest in 2016 across its channel portfolio worldwide, including its flagship brands AXN, Sony Channel, Crackle and Animax and those same flagship channels will participate in this year’s festival. 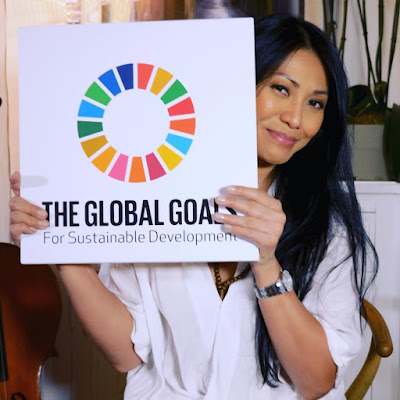 This summer, eight (8) regional winners will be flown to Los Angeles to attend the Picture This Festival for the Planet for a day of networking and training alongside industry leaders and social impact partners at the Sony Pictures Studio lot, followed by a screening of the regional winners’ films. Regional winners will receive airfare and accommodations for two nights in Los Angeles, along with a Sony RX0 Camera and a one year WeTransfer Plus account, with the grand prize winner honored with a Sony A6500 camera and a SEL1670 lens.

The Picture This Festival for the Planet is Sony Pictures Entertainment’s latest project to bring awareness to the SDGs. In 2016, the United Nations and SPE launched Angry Birds for a Happy Planet, a global youth outreach campaign that leveraged online and social media platforms to encourage action to protect the planet and fight climate change. Centered on the Sustainable Development Goal #13 – to take urgent action to combat climate change and its impacts, the campaign featured Red and other characters of The Angry Birds Movie. In 2017, supported by the cast of the Smurfs: The Lost Village, audiences were encouraged to join “Team Smurfs” for the “Small Smurfs Big Goals” campaign that inspired everyone to learn about and support the 17 Sustainable Development Goals.

The United Nations Foundation builds public-private partnerships to address the world’s most pressing problems, and broadens support for the United Nations through advocacy and public outreach. Through innovative campaigns and initiatives, the Foundation connects people, ideas, and resources to help the UN solve global problems. The Foundation was created in 1998 as a U.S. public charity by entrepreneur and philanthropist Ted Turner and now is supported by philanthropic, corporate, government, and individual donors. Learn more at: http://www.unfoundation.org.

WeTransfer is the simplest way to send your files around the world. Every month, well over 40 million active users transfer over one billion files. The service is all about making the creative process effortless, for everyone. Since 2009 we have been showcasing amazing creative work on WeTransfer with gratis advertising for musicians, photographers, and artists, giving away over five billion pages a year. We also offer financial grants, tech support and promotion to help creatives tell the stories that matter to them and bring relevant cultural projects to life. Above all, we hope these stories encourage other people to make something new themselves. Because inspiration means more when you do something with it. www.wetransfer.com

The Environmental Media Association (EMA) is a Non-Profit 501(c)3 organization founded in 1989 to inspire solutions for the environment through our impact in media and pop culture. The organization has grown into a diverse subsection of entertainment industry tastemakers, entrepreneurs in finance and technology, and green icons dedicated to the mission of promoting environmental progress and innovations through celebrity role modeling, campaign work, year-round programs and our two large scale annual events, The EMA Awards and the EMA Impact Summit. EMA serves as a valuable link between the world of media and the environmental community. To find out more about our programs and events visit us at www.green4ema.org.

Connect4Climate is a global partnership program launched by the World Bank Group and the Italian Ministry of Environment, joined by the German Federal Ministry for Economic Cooperation and Development, that takes on climate change by promoting solutions and empowering people to act. The Connect4Climate community brings together more than 450 partners around the world including civil society groups, media networks, international organizations, academic institutions, youth groups, and the private sector.

Anggun is without any doubt the world's most famous Indonesian-born recording artist, and one of the few Asian entertainers who have earned international acclaim. Starting her career as a child star in Indonesia, she set herself for an international career when she moved to France to pursue her music debut in Europe, at the age of 20.

In the late 90’s, her single "Snow On The Sahara” experienced a massive breakthrough in the French music industry. This soon brought Anggun to the broader international market with the release of her debut international album in 33 countries, which sold over 2 million units worldwide including Triple-Platinum in Italy and Indonesia, Platinum in France and Malaysia, Gold in Switzerland, Finland, Philippines and Singapore, etc. The album reached Billboard’s Top 20 Heatseekers Album Charts, while the hit single "Snow On The Sahara" reached Top 15 in the Billboard Dance Charts and Top 20 in the Billboard Pop Songs Charts.

A few years later, Anggun penned the main theme song for the movie "The Transporter II", becoming the first Asian-born artist to have performed the main theme song of a #1 US box office film. In 2014, she received a legendary "World Music Award" in Monaco as World's Best-Selling Asian artist and last year, the artist premiered her wax figure at the prestigious Madame Tussauds museum. She also became part of the Judges panel of 'Asia's Got Talent', the biggest talent TV show on earth, with legendary music producer David Foster.

Besides her musical achievements, Anggun is known as a humanitarian activist, representing the UN Food and Agriculture Organization as a Goodwill Ambassador.

Her much-awaited brand new single ‘What We Remember’ is an addictive pop-electro single that has met a tremendous success in Asia where it entered directly the Top 10 best-selling iTunes songs across Eastern Asia the week of its release. It is currently charted Top 10 on the Billboard Dance Charts in America.

Damon and Jo are travel experts, authors, digital content creators and entrepreneurs. The duo, who have always referred to each other as “eternal business partners,” met the summer before entering college and bonded over their love for travel and adventure. Later, while studying abroad in Paris and through showcasing their adventures and experiences on Facebook, the young duo found an untapped market to explore. Today, the duo boasts a following of over 1 million followers across their combined channels, are in production on their Facebook Watch series Damn Millennials, and recently released their first e-book Woke all while running their YouTube channel and travel site, Shut Up and Go. Damon and Jo have been featured in publications such as Forbes, the Los Angeles Times and Teen Vogue. The duo currently reside in Los Angeles, CA where they are represented by SCALE Management, Creative Artists Agency, and Hansen Jacobson LLP. Learn more at: http://www.shutupandgo.travel/