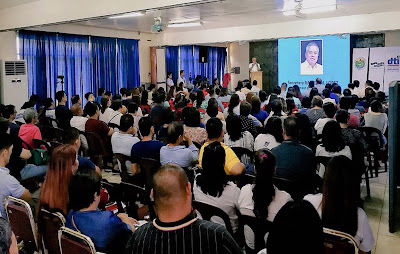 “We need to equip our micro, small, and medium entrepreneurs with modern machineries that would increase productivity with lesser cost in order to revive the footwear industry. Marikina has always been known for their shoes. And if we come together, government, private sector, and Filipino shoemakers with their unique craftsmanship, we can easily sell our products here and abroad,” said Sec. Lopez.

DTI welcomed the proposed project and pledged its support to the local government through the Go Lokal! concept store.

“Having this kind of project will bring our efforts in marketing the products of our MSMEs to a higher level. From a pop up store to a mall of all-local and quality products will definitely help us strengthen the sector,” the trade chief said.

According to Sec. Lopez, the government will continue to support the footwear industry in a holistic manner through its 7Ms (Mindset change, Mastery, Mentoring, Market, Money, Machine, and Models) strategy.

“With our collective effort, we can make Marikina-made footwear known not just here in the Philippines. We will make our footwear compete globally,” said Sec. Lopez.

Aside from the expanded SSF, DTI also inaugurated the newly renovated and improved Philippine Footwear Academy building, which serves as a shoemaking skills training facility in Marikina.