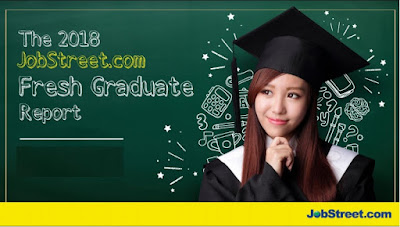 Employers now claim that aside from an applicant’s attitude or work ethic, they also place more consideration on communication skills and analytical thinking as top considerations when hiring fresh college graduates. This inclination toward interpersonal and 21st century skills has emerged as JobStreet.com Philippines, the country’s largest online job portal, conducted a survey involving 503 employers from various parts of the country in February 2018 as part of its annual Fresh Graduate Report.

These results reflect a marked shift compared to 2015’s top determinants which are experience-based qualifications—on-the-job training, extra-curricular activities, and part-time work experience, which now see themselves in the bottom ranks.

Furthermore, when respondents were asked to rate particular qualities they observed on their fresh graduate hires, factors such as task management efficiency, leadership potential, customer empathy, and analysis of situations averaged the lowest. These ratings further reflect the preference of employers in hiring candidates who have already developed interpersonal and 21st century proficiencies despite being new to the workforce.

But despite these marked changes, employers maintain their opinions on a topic most find traditional: the schools where the hired applicants graduated from. This year, when asked if they have reasons for sourcing employees from particular institutions, employers pointed out that they believe in the schools’ reputation of producing quality graduates and eventual employees.

The report also indicates that fresh college graduates can expect an abundant job market this year. In the last quarter of 2017 alone, employers were bullish on 52,149 jobs available to fresh graduates—a 10% increase from 2016’s 47,339.


“This shows that more and more employers are opening their doors to fresh graduates, presenting a significant shift in what employers need in this increasingly digital world,” concludes Philip Gioca, JobStreet.com Philippines Country Manager.

It has been five years since the K-12 program was implemented, and the first batch of graduates from this system are set to join the workforce this year. The survey revealed that 25% of employers are willing to hire, while 40% are indefinite about hiring K-12 graduates. The 40% indefinite employers said they are still evaluating or will eventually hire pending definite timelines.

For employers who are open, the survey affirms this as a number of industries have been identified as the most willing to hire K-12 graduates: BPO, manufacturing, professional services, retail, and machinery and equipment; for entry level jobs in administrative, customer service, sales and marketing.

With this non-committal attitude of employers, Mr. Gioca advises the newest entrants of the job market to be more discerning and strategic on their career planning. “There are indeed employers that are receptive to hiring them, but they have to contend with two factors: One, that not all employers are accepting of K-12 graduates as of the moment and two, they will have to compete with fresh college graduates, which employers may favor more, for the same jobs they are eyeing,” he pointed out.


In terms of salary, K-12 graduates may find themselves sufficiently paid, as 50% of respondents said that they are willing to pay their K-12 fresh graduate hires more than the minimum wage.