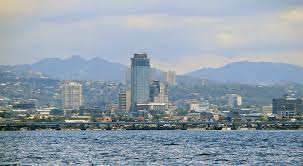 The province of Cebu recently emerged as the second most ideal area for homebuyers in a survey conducted by property listing portal Lamudi Philippines.

The survey, which is part of Lamudi’s 2015 research report, revealed that more than half or 55.05 percent of the respondents cited Metro Manila as their preferred area for their property purchase. Quezon City is the most cited city within the National Capital Region, followed by financial powerhouse Makati, and the capital city Manila.

After the capital region, property hunters opt for Cebu and Cavite provinces as their next top-of-mind destinations. It should be noted that these provinces are home to highly populated and popular cities for homebuyers, including Cebu City, Lapu-Lapu, and Mandaue (Cebu Province) and Bacoor, Imus, and Dasmariñas (Cavite).

In fact, property developers are gearing up their massive real estate projects in these two vibrant provinces, most notable of which is Megaworld’s Mactan Newtown in Lapu-Lapu City. This integrated township project, one of Megaworld’s 20 to date, is a resort-oriented enclave that will boast at least three residential condo estates, IT and BPO office buildings, retail centers, and hotels when completed.

As business continues to boom in areas like the Queen City of the South, Cebu along with other regions like Cavite and Davao are now considered the most viable alternative locations for living and working. With the continuous congestion of Metro Manila, these next wave cities are now being developed to be at par with the capital city while also offering suburban comforts and leisure activities.

Other key findings of Lamudi Philippines’ 2015 Real Estate Market Report revealed that majority of Filipinos still choose to purchase house and lot packages over condos and townhouses. This is in contrast with the rental trend where condominiums appeared as the top choice. The report further showed that Internet is now the starting point when it comes to searching for a property for an overwhelming majority of prospective Filipino homebuyers. This finding correlates similar finding in the United States, where a study conducted by the National Association of Realtors found that 90 percent of Americans go online first when they are researching about properties.

Moreover, Lamudi’s property report also indicated that real estate professionals continues to be optimistic about the industry. The survey noted that even strict bank requirements on housing loans did not make a dent on the growth of the sector. Even political climate and economic uncertainty will have minimal effect on the realty sector.