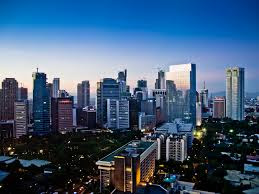 Analyzing price data from its 50,000 plus property listings, global real estate website Lamudi Philippines found that Makati City is the Philippines’ most expensive housing market, both for residential condos and landed houses. This finding is detailed in Lamudi’s 2015 research report published recently.

According to the report, although recovery of Philippine real estate prices was quite slow in the aftermath of the 1997 Asian financial crisis, the sector experienced faster growth over the last eight years. With the global economy remaining shaky and China underperforming, the Philippines remains one of Asia’s bright economic spots—and this sense of optimism is spilling over to real estate.

The report indicates that prices of condominiums in Makati, the Philippines’ foremost financial and business center, stood at Php139,503 per square meter (Q1 2015). Furthermore, the average price of houses in the city stands at Php217.3 million.

Similar to Makati, most of these cities are home to exclusive subdivisions or gated communities all boasting multi-million-peso homes. Muntinlupa, for example, is the site of Ayala Alabang Village; while Taguig, Mandaluyong, Pasig, and San Juan are home to McKinley Hill Village, Wack-Wack Village, Valle Verde, and Greenhills Village.

Makati condos are also some of the Philippines priciest. Although condo estates have been in existence in the city since at least the 1970s, newer and more luxurious projects are pushing up condo prices in the city. Specific areas where upscale and luxury condos are usually found include Ayala Center, Ayala Triangle, Salcedo Village, Legaspi Village, Century City, and Rockwell Center.

Despite the city’s shortage of developable land, property developers have been unveiling condo projects in Makati over the last few years. For example, over the next two years upscale towers of Ayala Land’s Park Terraces and Garden Towers will be turned over, which will significantly boost inventory in the Ayala Center area.

Meanwhile, standalone projects by Megaworld, Alveo Land, Shang Properties, are SMDC are set to completed until 2020 in Makati’s Legaspi Village, Salcedo Village, and Malugay-Buendia areas. Most of these projects cater to the mid-end and high-end markets.