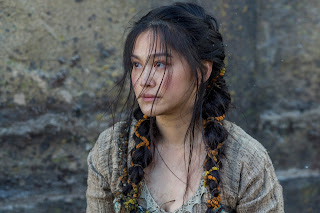 Singapore saw an increase of +320% Cable 15+ viewers, Malaysia drew in 218% more viewers aged 15+, while the Philippines brought in 644% more 25+ ABC1 audience on its debut night, all more than its prime time average.

The new season of Vikings will introduce its first Asian character, “Yidu”, who will play a pivotal role in the series. Asian-Canadian actress Dianne Doan joins the stellar cast as “Yidu”, the mysterious slave who fascinates Viking chieftain Ragnar.


About HISTORY™ and HISTORY HD™