It’s going to be a Fabulous February at the Music Museum and Teatrino, pre- and post-Valentine.

The Thrill Factor is high as early as February 6 when Solenn Heusaff and Lovi Poe turn up the heat in a special concert at the Music Museum entitled Fantaisie: Lovi & Solenn at 8 p.m.. Confessions : A Night of Secrets, Stories and Songs featuring the fast-rising stars of Stages Talents -- Morisette Awon, Aicelle Santos, Tippy Dos Santos, Bullet Dumas, Timmy Pavino, Clara Benin and more – take center stage on February 12 at 7 p.m. 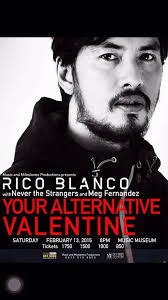 On February 19 the Music Museum stage comes alive with 3D : Davao, Dancel, Dumas, the first major concert of the three acoustic guitar phenoms playing together as a three-person-act. Johnoy Danao, Bullet Dumas and Ebe Dancel are out to capture your hearts with the Manila String Machine, the pioneering string quartet famous for performing contemporary music on their classical instruments, starting 7:30 p.m. 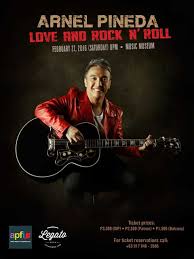 Arnel Pineda closes off Valentine month at the Music Museum with Love and Rock and Roll at 8 p.m. on February 27 – with the Philia Band, fronted by actress model Arci Muñoz, and Dion Ignacio on Rhythm, Kristian Uy on Lead, Tim Toribio on Bass and Paolo Pampuan on Drums.

Meanwhile at the Teatrino, “A Valentine Classic (Dinner for Two and a Timeless Romantic Movie) lets diners enjoy a good old-fashioned steak dinner plus drinks, followed by a movie -- An Affair To Remember, starring Cary Grant and Deborah Kerr – one of the most romantic films of all time for just P1,200, all in, per pair.

On February 13, RnB heartthrob. Daryl Ong treats the audience with an intimate concert simply titled Daryl Ong : Intimate. The  artoonist-turned singer-songwriter holds his first major concert for the year in the cozy and intimate “biggest little theater” in the City.

On February 19, Tanghalang Batingaw Alumni Association, Inc. and the National Commission of Culture and the Arts restage Harold de Mesa’s Kiriring, Aida’t Makaraig at Teatrino at 4 p.m. and 8 p.m to promote public awareness on HIV through theater.