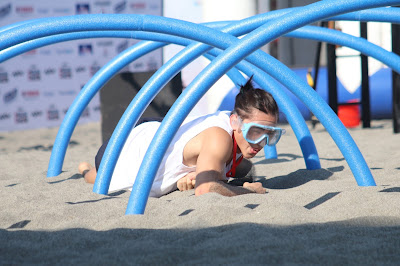 AXN’s summer campaign concluded in a sunny and vibrant note as revelers of LAborUNION joined the AXN RED Summer 2018, which was held last Saturday, April 28, 2018 in San Juan, La Union.

Weekend warriors braved the blazing sun as they trooped to the North Shore for the whole-day action-packed event. Hundreds tested their mental and physical skills and participated in the AXN RED Summer Challenge obstacle course.


Starting the course is the Yamaha Maze, where the participants weaved their way through the maze to find their way out. The All-New Mitsubishi XPANDER’s Monkey Bars tested the challengers’ endurance as they swing from bar to bar to finish the challenge. Continuing the course is the Transitions Crawl challenge. Not minding the hot sand, the challengers crawled to get through the hoops on the sand while wearing crazy goggles. San Mig Light’s Balancing Act challenge tested the challengers’ wit as they tried to balance the scale with bottles containing sand on one end, and bottles containing water on the other. AXN ended the course with a splash of bucket of water. The top 3 male and top 3 female challengers with the least time were declared winners. 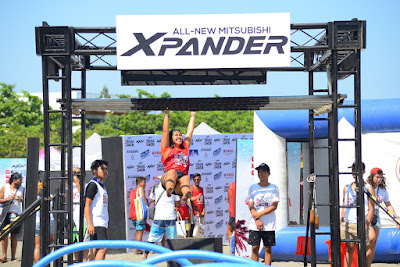 
Course participants and non-participants alike also had fun at the different booths from sponsors and AXN’s sister channels. The Sony Channel Lounge provided free henna tattoos and hair braiding. The Animax booth treated everyone to free ice cream, and the GEM booth entertained everyone with games. Bands Nathan & Mercury and Dayaw provided the mood music in the afternoon. 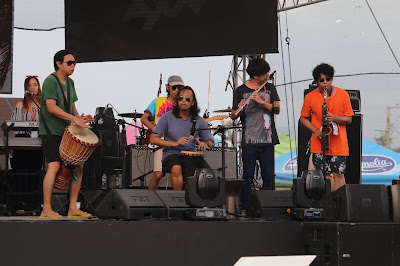 AXN surely knows how to provide the fun and thrill in LAborUNION. Until the next one!