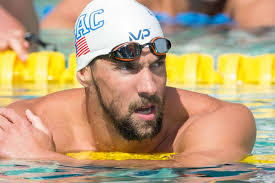 Chatri Sityodtong, Chairman and CEO of ONE Championship, stated: “I am very excited to announce that multiple-time swimming gold medalist, Michael Phelps, will be at ONE: UNSTOPPABLE DREAMS as our special guest for the evening. Michael is the most successful and most decorated Olympian of all time. It is my absolute honor to have Michael sitting at the front row of the greatest martial arts spectacle in the world. Just by having his presence cageside will be a huge inspiration to all our ONE Championship athletes and to all the fans in attendance.”

Michael Phelps is the most decorated swimmer in history, capturing a total of 28 medals including a record-setting 23 gold medals, over the course of his career. Phelps utilized his performance bonus for winning eight gold medals in 2008 to establish the Michael Phelps Foundation. Committed to growing the sport of swimming, the Foundation addresses the need for water-safety through its signature program – im – that is available through the Boys & Girls Clubs of America and Special Olympics International.

ONE: UNSTOPPABLE DREAMS is ONE Championship’s latest blockbuster event in Singapore. Scheduled for Friday, 18 May, the spectacular card will feature three world title contests.

In the main event, reigning ONE Women’s Atomweight World Champion “Unstoppable” Angela Lee of Singapore, who defends her world title against martial arts veteran Mei “V.V” Yamaguchi of Tokyo, Japan. In the ONE Super Series co-main event, Muay Thai legend Sam-A Gaiyanghadao of Evolve MMA in Singapore is set to face Sergio “The Samurai” Wielzen of the Netherlands for the inaugural ONE Super Series Flyweight Muay Thai World Championship. And in the second co-main event, reigning ONE Featherweight & Lightweight World Champion Martin “The Situ-Asian” Nguyen of Australia is set to defend his featherweight title against top contender Christian “The Warrior” Lee of Singapore.