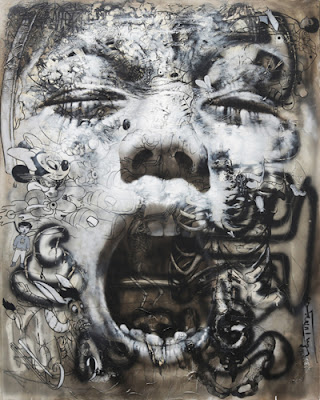 Leon Gallery set the date for its much-awaited, scintillating Spectacular Mid-Year Auction 2018 on Saturday, June 9, 2018 at its Eurovilla I showrooms on Legaspi Street, Legaspi Village.
Headlining the must-have masterpieces are an exquisite Lorenzo Guerrero of life along the Pasig River. Guerrero, who became most famous as the mentor of the brilliant and internationally-celebrated Juan Luna, was also a wonderful painter in his own right. He was educated by the foremost Spanish instructors at the Manila academia : Manuel de la Cortina, who was himself a graduate of the Madrid art academy and his successor Nicolas Valdez. Guerrero, in fact, was to become the teacher of Manila’s finest artists, from Simon de la Rosa Flores and his nephew Fabian de la Rosa, Felix Martinez and Felix Resurreccion Hidalgo, Telesforo Sucgang, Felix Pardo de Tavera, and Jorge Pineda to name a few stellar painters who passed through the portals of the legendary art school.

A 1917 work by one of Guerrero’s star pupils, Fabian de la Rosa, of a charming pair of ponies in a stableyard, provides an interesting behind-the-scenes look of a Manila home, at a time when horses were more common than automobiles.

Fernando Amorsolo — who happened to be Fabian de la Rosa’s nephew — is also in the spotlight with several riveting and early works : A post-war procession outside the ruins of the Antipolo church; works from the Thirties, Forties and Fifties, from an orange-streaked sunset scene by the water to glorious country scenes “Under the Mango Tree”  and by a waterfall. The works are all the collections of several distinguished Manila families. A rare urban scene of the massive Ynchausti Rope Factory is a unique view of Manila in the 1920s. 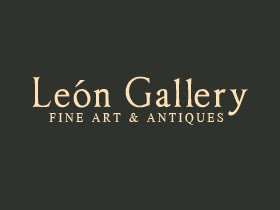 Scintillating Jose Joyas, one ante-dating his historic participation in the Venice Biennale (the Philippines’ first in that august art fair); others from his halcyon years in the 1970s.
Other mid-century moderns include Vicente Manansala with a superb work dated 1949 that speaks allegorical almost in a style more typical of Carlos “Botong” Francisco : a trio of women pound rice, in a variety of Filipino costumes, while men pile grain in tall mountains. In the background, a sunlit landscape which suggests the Benguet rice terraces and in the foreground, a large carabao. Another work, datelined Paris, portrays a grieving mother at a child’s bier.
Arturo Luz, Ang Kiukok, and Romeo Tabuena are likewise represented, as are Juvenal Sanso, Oscar Zalameda, Lao Lianben, Malang, and Federico Aguilar Alcuaz.

An finely-proportioned ‘comoda’ with original marquetry in a floral design, an imposing Sheraton sideboard, and a ‘Mariposa’ butterfly sofa are just some of the impressive furniture to be included in the June sale.

Among the collectible memorabilia, the country’s most iconic heroes are represented. There is a bread-and-butter note (dated 1891) from the Philippine National Hero Jose Rizal to the Scottish millionaire Don Alejandro S. Macleod who had thrived in Manila.
Letters from various historical personalities to Teodora Alonso are also available in a single lot, including a Rizal family recipe, and more piquantly, the court documents of the suit brought against Rizal’s mother and her brother. Her unjust persecution greatly influenced Rizal’s nationalism.

Most explosive is the narration of Gregoria de Jesus of the last days of Andres Bonifacio as well as a dagger bearing the markings of the Katipunan. This document, while having been featured in works on the Philippine Revolution has never been revealed in full previously and is certainly one of a kind. A rare autographed photograph of the Lakambini of the KKK (dedicated to the journalist Jose P. Santos) and a letter to Emilio Jacinto complete the historical offerings that will fascinate the collector and every patriot.

Apropos, a BenCab of Rizal’s last days in Fort Santiago — and featuring excerpts of his “Ultimo Adios” is also a highlight, alongside an appealing work from his “Larawan” series, inspired by turn-of-the-century Philippine photographs.

From the contemporary artists, exciting works by Ronald Ventura, Marcel Antonio, Jon Jaylo, Danilo Dalena, Emmanuel Garibay, Edwin Wilwayco, Manuel Ocampo (with a grim Christmas work) and Jose John Santos III are also featured. The Santos work echoes the themes in the rest of the auction of women of the Philippine Revolution : The painting juxtaposes ladies in traditional Filipino wear with Cretan friezes, a view of a bahay na bato through an archway, and a fragment of an antique door.
Posted by Boy Raket at 7:00 AM