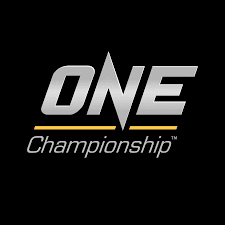 The largest sports media property in Asian history, ONE Championship™ (ONE), has announced that it has entered into definitive agreements with a consortium-led by Heliconia Capital Management (“Heliconia”) for an investment into the company.

With this new partnership, ONE Championship will continue to expand and break new ground, and increase the number of live Mixed Martial Arts (MMA) events across Asia, especially in China.

Chatri Sityodtong, Founder and Chairman of ONE Championship, stated: “In less than five years, ONE Championship has grown into a global brand with a broadcast reach to over 1 billion homes across 118 countries around the world. We have consistently broken attendance records at many of the largest stadiums across Asia. I expect to see an acceleration in business fundamentals across the board for ONE Championship. My team and I are fully committed to building a global business with strong ethics and values such as integrity, respect, humility, courage and inspiration. As Asia’s largest sports media property and the 2nd largest MMA organization in the world, ONE Championship will benefit significantly from Heliconia’s ecosystem, network, and resources.”

MMA is currently the fastest growing sport, accelerating exponentially by over 30 times in the past 10 years. In the past five years, ONE Championship has accelerated the growth of MMA in Asia as the market leader, organising live events across the region and broadcasting around the world.

Derek Lau, CEO of Heliconia stated: “We believe ONE Championship can potentially be the next big thing for consumers in Asia. They have the right product for Asia, they understand Asia and know how to monetise the value proposition in various ways in the New Economy. We are really excited to see ONE Championship taking the lead in the coming years to grow the sports media and entertainment industry in Asia.”

Lee Ark Boon, CEO of IE Singapore, said: “Traditional media and entertainment companies in Asia are facing strong headwinds with declining content sales and advertising revenues. ONE Championship’s foresight to identify and create unique content with global appeal illustrates the need for our companies to embrace new business models and transform themselves into globally competitive companies.”

ONE Championship has consistently partnered with the best blue chip global brands around the world such as Disney, Facebook, Marvel, Under Armour, Sony, Universal Music Group, L'Oreal, and others. It currently has a roster of the best local and international athletes and champions in Asia. ONE Championship is dedicated to developing these athletes into true Asian heroes to inspire fans across Asia.

*This is Press Release
Posted by Boy Raket at 2:10 PM