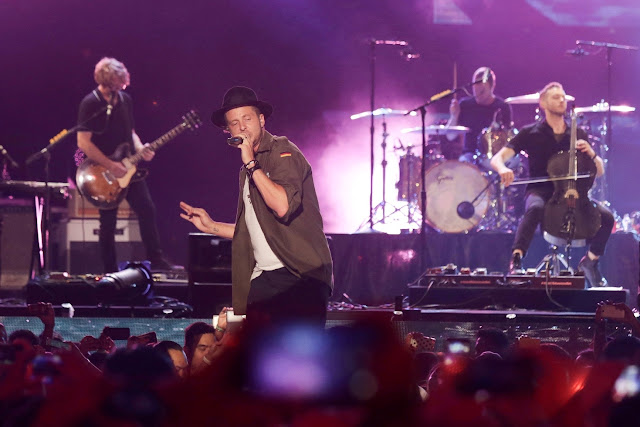 The Philippines once again made its mark in the global entertainment scene as over 26,000 fans from across the globe gathered together for some explosive dance music performed by renowned local and international pop icons in this year’s biggest music event, the MTV Music Evolution Manila 2016.

Presented by the Department of Tourism (DOT), and the Tourism Promotions Board (TPB), the one-night-only outdoor live music event, with the theme Can’t Stop Movin!, presented the amazing evolution of pop music and its dance influences. The Concert Grounds of SM Mall of Asia was basically on fire as fans danced, cheered and sang their hearts out on hit after hit of iconic and contemporary pop dance music.

American singer-songwriter, Bebe Rhexia also pumped up the stage with her hit songs including “Me, Myself and I” and “Broken Hearts”. Fans also went wild as A-Pink, one of Korea’s favorite K-pop idol female groups, flawlessly performed “Remember”, “Mr. Chu”, “Luv” and “No No No”. L.A. grown electronic dance trio Far East Movement got everyone singing, dancing and jumping with their hit singles, “Like a G6” and “Rocketeer”. The headliner, prolific hit-maker, One Republic, wrapped up their performance of “Counting Stars”, “Apologize”, “Stop and Stare” and “Secret” with an explosion of fireworks.

It gets even better as the Philippines will also be highlighted in a global telecast reaching an international audience of more than three-quarters of a billion households in over 160 countries under the MTV World Stage global series.

Only on its second year, MTV Music Evolution Manila 2016 proved once again that the Philippines is not only a premier global destination for arts and culture and leisure and adventure, but is also one of the world’s top destinations for world-class entertainment.

*This is Press Release
Posted by Boy Raket at 1:41 PM