6 HOURS OF NÜRBURGRING (WEC): VICTORY FOR THE N°1 PORSCHE/MICHELIN 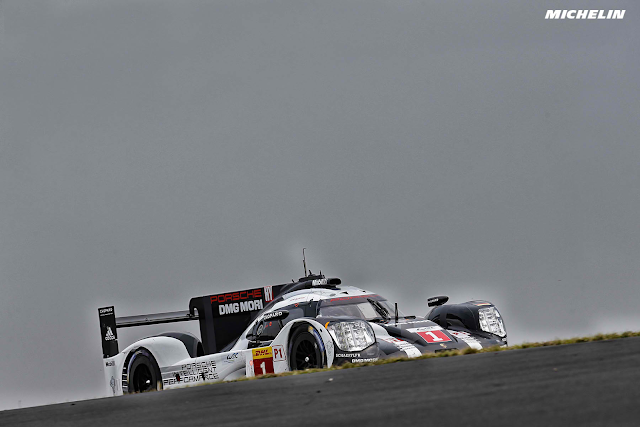 THE REIGNING WORLD CHAMPIONS MARK WEBBER, TIMO BERNHARD AND BRENDON HARTLEY CLAIMED THEIR FIRST SUCCESS OF THE 2016 CHAMPIONSHIP AT THE NÜRBURGRING, GERMANY, TODAY IN THE N°1 PORSCHE 919 HYBRID/MICHELIN. THE TRIO WAS JOINED ON THE PODIUM BY THE CREWS OF THE TWO AUDI R18/MICHELINS WHO STARTED THE SIX-HOUR RACE FROM THE FRONT ROW. THERE WAS A FERRARI/MICHELIN ONE-TWO IN LM GTE PRO AND A PODIUM FINISH FOR THE N°31 LIGIER-NISSAN IN LM P2 TO CELEBRATE MICHELIN’S RETURN TO THE CLASS.

As in 2015, Webber/Bernhard/Hartley secured their first win of the year at the Nürburgring where the defending world champions benefitted from a collision followed by a drive-through penalty for the N°2 sister car during the latter part of the race.

The two Michelin-equipped Audi R18s had monopolised the front row of the grid after dominating qualifying and led for the first two hours before losing ground. The German team fought back however to collect second and third places overall with its N°8 and N°7 prototypes after some thrilling dicing with the N°2 Porsche.

There was an equally exciting fight in LM GTE Pro between Ford, Aston Martin and Ferrari. The N°66 Ford, N°95 Aston Martin and N°51 Ferrari were covered by just 1.5 seconds at the halfway point but Ferrari/Michelin had the last word with a one-two result for N°51 and N°71 cars of Bruni/Calado and Rigon/Bird respectively.

The LM P2 victory went to the N°36 Alpine-Nissan which was followed over the line by the N°43 Ligier-Nissan/ Michelin celebrated its return to the class with the American team Extreme Speed Motorsports which came third with its N°31 Ligier JS P2-Nissan (Dalziel/Derani/Cumming).


*This is Press Release
Posted by Boy Raket at 6:45 AM