All New MacGyver on AXN - Premiers on September 29 at 9:45PM 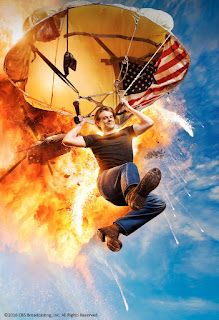 Expect lots of thrills in the premiere episode directed by James Wan of The Conjuring and Insidious fame as MacGyver puts his troubleshooting skills to the test and cleverly implements unorthodox methods to hurdle over complex problems and eventually become triumphant in the end.

MacGyver premieres same week as the U.S. on September 29, every Thursday at 9:45 pm.

Since it was launched in Asia in 1997, AXN has become a global channel brand with presence in Latin America, Africa, and Europe. In Asia, AXN is enjoyed in 85 million households across 20 territories.