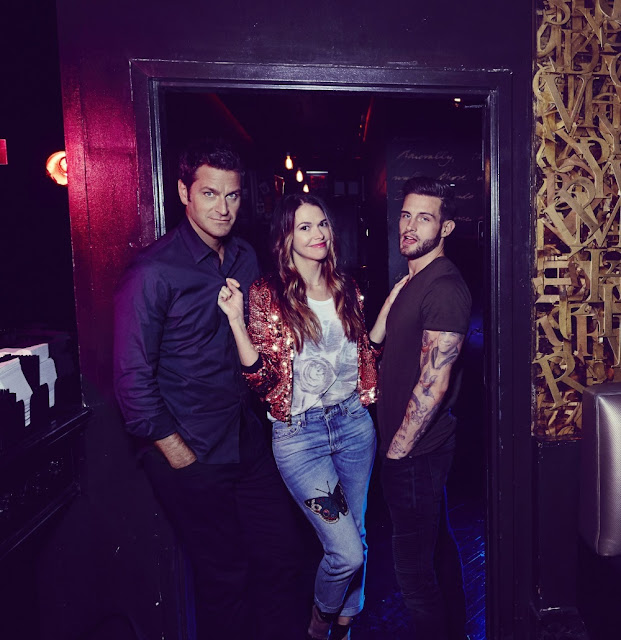 ‘Age doesn’t matter’ is given a different perspective in the latest season of Younger which premieres this October 2 on Sony Channel.

Forty-year-old single mother Liza Miller (Sutton Foster) was able to reinvent her career and her love life as a much younger woman.  Now living two separate lives, Liza has to make sure no one discovers her secret.


Complications further arise in the returning season as a love triangle between Liza, her boyfriend, 26-year-old tattoo artist Josh (Nico Tortorella), and her boss, closer-in-age Charles (Peter Hermann) develops. While Liza begins to doubt her on-and-off relationship with Josh, she finds Charles interesting and starts falling for him.


Questions suddenly make Liza’s double life more difficult to handle. Will she choose Josh, who knows her secret and makes her life fresh and exciting? Or will she choose Charles, who can give her a more stable future? And the biggest question of all: Will Liza finally reveal her secret as new threats emerge? Will she have the guts to reveal it before more people find out?


With help from best friend Maggie (Debie Mazar) and colleague Kelsey (Hilary Duff), Liza has to face a tough call and decide as she deals with her dilemma and struggles with her situations as they become even more confusing.

Younger Season 3 premieres the same week as the U.S. telecast on October 2, every Sunday at 7:30 pm.  First & Exclusive on Sony Channel