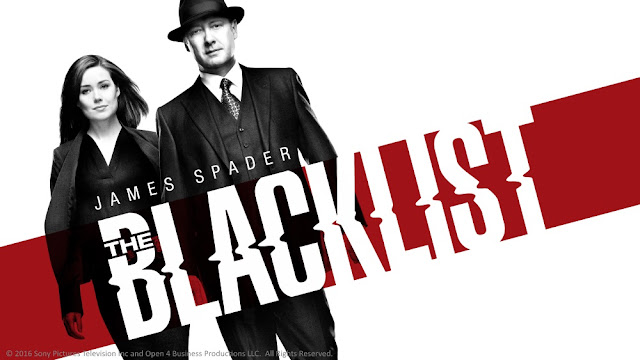 In season four, premiering on September 27 at 9:45pm, former U.S. Naval Intelligence Officer turned criminal mastermind Raymond “Red” Reddington (James Spader) has become the FBI’s Most Wanted Fugitive. For decades, he evaded capture until he voluntarily surrenders to FBI Assistant Director Harold Cooper (Harry Lennix). He claims he has in his possession a “blacklist” of the world’s most dangerous criminals he has been associated with during his nefarious career and is willing to cooperate with the FBI to bring them down under two conditions: immunity from prosecution, and that he insists on working exclusively with Elizabeth “Liz” Keen (Megan Boone), a newly assigned rookie profiler with the FBI.

Teaming up with special agents Donald Ressler (Diego Klattenhoff), Aram Motjabai  (Amir Arison), and Samar Navabi (Mozhan Marnò) , Reddington and Liz join ranks, use all available resources and technology of the FBI, and will never stop at nothing until all names on his list are crossed out – either arrested or eliminated.

Along the way, Cooper, Keen, and the other agents become suspicious of the real motives of Reddington. They are not aware of the behind-the-scenes maneuverings perpetrated by Reddington as he manipulates to his end the trust of his former allies. Little did they know that for every case they work on, for every criminal they track down and apprehend, Reddington always has a hidden agenda for his own personal gain. Moreover, Keen starts to question Reddington’s interest in her, not content in hearing him say that she is “very special” to him.

For years, Reddington has sacrificed everything, even to the point of risking his life to protect Keen. But his efforts seem to be for nothing. Feeling betrayed, Keen loses focus, gets involved with the shooting of a high-ranking government official, and lands in the FBI’s Most Wanted list. In the end, she is determined to get away from what she perceives to be the controlling and overprotective Reddington.  She devises a clever way and successfully does, but her plan backfires. Keen ends up in the hands of Reddington’s longtime nemesis, Alexander Kirk (Ulrich Thomsen), who claims to be her real father.

Everything becomes even more personal in the latest installment of the highly anticipated series. Reddington rescues Keen from Kirk, but their reunion casts a cloud of doubt on their relationship. The rivalry between Reddington and Kirk takes a dark turn. As Keen confronts her past, Ressler suddenly figures in her life. Is Kirk really Keen’s father? If not, who is? And the burning question will finally be answered: How is Reddington related to Keen that he cares so much about her?

The critically acclaimed crime thriller has received positive reviews for showing an ingenious and compelling crime procedural. Television critics have praised James Spader’s riveting performance as criminal-turned-informant Raymond Reddington, earning him a nomination for Best Actor – Television Series Drama in the Golden Globe Awards for two consecutive years, 2014 and 2015. He was also nominated for Best Actor in a Television Series in the Saturn Awards in 2014.

The Blacklist Season 4 premieres the same week as the U.S. telecast on September 27, every Tuesday at 9:45 pm. First & Exclusive on AXN

Since it was launched in 1997, AXN has become a global channel brand with presence in Latin America, Africa, and Europe. In Asia, AXN is enjoyed in 85 million households across 20 territories.

*This is Press Release
Posted by Boy Raket at 11:45 AM