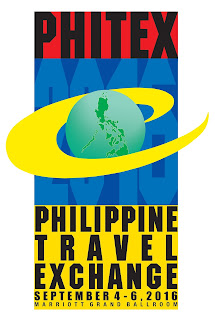 The Tourism Promotions Board (TPB) presents a more enhanced Philippine Travel Exchange (PHITEX), the most important annual travel trade event. With the theme #PHITEX2016: Bigger Business, the event is set to accommodate more than 200 international buyers from across 37 countries worldwide and 199 local sellers from 132 companies across the Philippines.

Highlight of the event is a series of business-to-business sessions between foreign buyers and local sellers. This year, the number of sessions has increased to 40 as compared to 28 in the previous years. This aims to broaden their chance of interaction and to encourage more in-depth discussions on tourism and trade opportunities.

PHITEX 2016 gives the buyers an opportunity to meet the Philippine sellers where they will be introduced to the Philippines’ best offerings in terms of travel and tourism products and services. This can be considered a momentous time for Philippine sellers for they will be given an edge to offer globally competitive tour packages to the international market and learn of other countries’ trade strategies to apply in their own practices.

Buyers from as far as the United States, Norway, Italy, Denmark and Germany and even from neighboring Asian countries such as South Korea, Indonesia and Vietnam were given an opportunity to experience fun and exciting pre-tours with hotel inspections around the country’s capital, Metro Manila.

The post-tours are just as exciting since it will feature the Philippines’ premier destinations including world-class accommodations, entertainment and convention venues and business facilities. Buyers get to choose a tour that fits well with their interests and offerings. The Ilocos module includes a tour to the northern region of the country, where there is an interesting blend of local and Spanish cultures. Another module takes the buyers a trip to Southern Luzon and experience exotic beauty of beaches nestled against the jungle.

Buyers can further discover the wonders of Palawan which is recently named as the Best Island in the World. They can ride a paddleboat to Puerto Princesa Underground River, considered one of the New 7 Wonders of Nature. Some buyers can also travel to the east where Bicol, a region for adventures – volcanoes, beaches, coves, and lakes - will also be awaiting the guests.

The Cebu/Bohol post tour will give the buyers an opportunity to catch a glimpse of historical landmarks, a taste of lechon in Cebu, and an iconic view of the majestic Chocolate Hills in Bohol. They can also take a selfie with tarsiers in Bohol. For a unique mix of diversity, heavenly retreat and exciting adventure, buyers may also opt to join the Davao module.

“PHITEX will only grow stronger and more competitive through the coming years with the continual commitment and dedication of everyone – our partners, buyers, sellers and exchange visitors. Your immeasurable support only fuels us to push and go further. I believe that through our cumulative effort, we create and become the greater nation,” said DOT Secretary Wanda Corazon Tulfo-Teo.

Now on its 15th year, PHITEX has gained popularity and recognition in the global tourism market. By making the event bigger and better, TPB is giving foreign travelers more reasons to visit the Philippines again.

*This is Press Release
Posted by Boy Raket at 8:31 AM