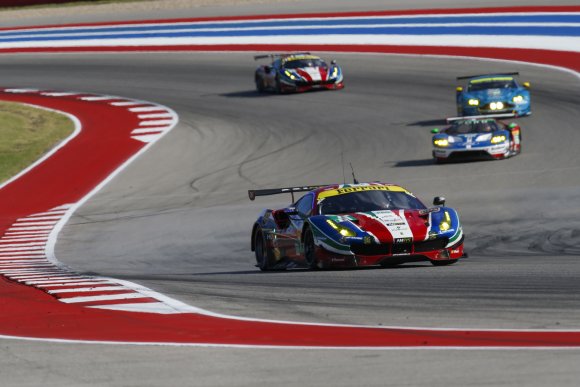 Despite the day’s stifling heat, the 2016 6 Hours of Circuit of The Americas lived up to its promise to provide spectators with a thrilling show. The race kicked off at 5pm local time with the air and ground temperatures standing at 35°C and 45°C respectively. The first four hours were dominated by Audi Sport, while the final third provided an exciting battle between all three LM P1-H teams.
Porsche Team went on to take the victory, assisted by the strategy of the N°1 919 Hybrid (Bernhard/Hartley/Webber) which took advantage of a Full Course Yellow interruption to ease into the lead. Audi Sport came second with the N°8 R18 of Di Grassi/Duval/Jarvis (who very nearly retired), and Toyota Gazoo Racing came third with the N°6 TS050 Hybrid (Sarrazin/Conway/Kobayashi). The latter was helped by its drivers’ ability to double-stint their MICHELIN ‘SOFT Hot Weather’ tyres during the evening, whereas their rivals ran the ‘Hot Weather Plus’ compound early on.
After dominating Friday’s qualifying, the two Audi R18sgot away to a strong start and, after a short scrap with Porsche, managed to pull out a gap during the opening hour, leaving Porsche and Toyota to battle in their wake. The two German teams opted for the MICHELIN ‘SOFT Hot Weather Plus’ compound, while Toyota preferred the MICHELIN ‘SOFT Hot Weather’ option.By the start of the second hour, the order seemed to be well established, with the Audi R18s lapping two seconds apart, the two Porsches more than half-a-minute back and the Toyotas gradually losing ground.
This situation lasted around an hour until Toyota Gazoo Racingchose to stay on the same tyres after its third refuelling stop which took place during a Full Course Yellow interruption. The time saved allowed it to re-join in a stronger position. By this time, however, Audi Sport had established a handsome lead which it defended until the 100-lap mark…
That is when the AudiR18came to an unexpected halt and, although Loïc Duval eventually managed to get it going again, the time lost put it out of contention. This misadventure allowed the N°7 sister car to take over at the top and continue to defend Audi Sport’s chances.

This incident was followed moments later by the LMP1 cars’ fifth refuelling halt. The N°1 Porsche was the last in the order to pit when a Full Course Yellow period to clear up crash debris was declared. This allowed the N°1 919 to emerge in first place after a tyre change and driver swap.
Benoît Tréluyer (N°7 Audi) did his best to recover the lead but, on Lap 133, he was hit by an LM GTE car during a passing manoeuvre. The resulting damage necessitated a seven-minute pit stop for repairs.
Now under no pressure, the leading Porsche focused on consolidating its lead over the second-placed Toyota which was enjoying the benefit of its tyres’ consistency at this point. The last two hours provided Audi with a chance to bridge the gap however and, ultimately, steal second place from the N°6 Toyota during the last round of pit stops.

“That was such an exciting race,” enthused Jérôme Mondain, manager of Michelin’s endurance racing programmes. “Despite the very high track temperatures, our tyres proved competitive and consistent once again, allowing both those cars which double stinted and those which changed tyres at each stop to post some outstanding lap times all the way to the flag.”
The next round of the 2016 FIA World Endurance Championship will take place in what is likely to be cooler weather at Japan’s Fuji Speedway on October 16. 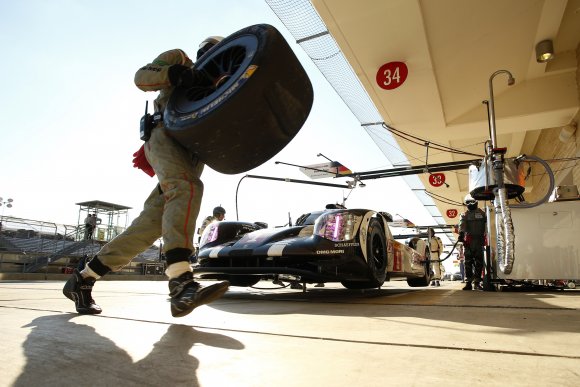 The difference between Wet and Full Wet tyres concerns the properties of their respective compounds. They feature the same tread pattern.
Number of tyres authorised for the 6 Hours of Circuit of The Americas: 6 sets for the race

Number of tyres authorised for the 6 Hours of Circuit of The Americas: 4 sets for the race

Number of tyres authorised for the 6 Hours of Circuit of The Americas: 6 sets for the race
Posted by Boy Raket at 6:38 PM