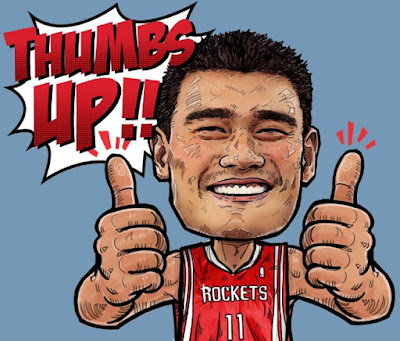 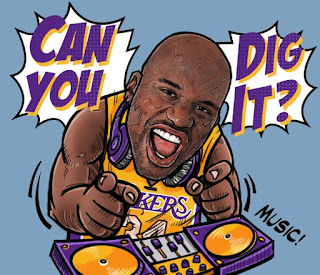 The NBA is accessible on LINE through a range of devices including mobile, tablets and PCs.  By following the NBA on LINE, fans can receive real-time news updates, information on local NBA events, off-court happenings and more.  The NBA became the first major U.S. professional sports league to launch an official account on the messaging application LINE in February 2015.
Since its launch in 2011, LINE has grown into a global service used in 230 countries and regions, ranking first in the free app category in 71 countries.  LINE offers free one-to-one and group messaging, as well as the ability to make free domestic and international voice and video calls.  Apart from its messenger app that is used to send popular virtual stickers such as colorful emoticons, the company offers a wide range of non-messaging services ranging from games to photo sharing apps. 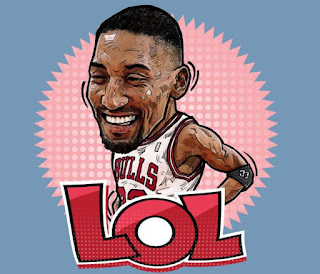 “Friend” the NBA’s official account on LINE by adding @nba_global or by scanning the QR code and download the Legends sticker pack from the LINE sticker shop.  Follow the NBA on Facebook at www.facebook.com/nba and Twitter at www.twitter.com/nba for all the latest news and updates.  For all things NBA, visit www.nba.com.
NBA Official Account (LINE ID: @nba_global)
Supported regions: Global (except mainland China)
Supported languages: Chinese (Traditional), English, Indian, Indonesian, Japanese, and Spanish
Sticker set details
・Name: NBA Legends
・Release Date: Nov. 19, 2015
・Sale Region: Global except mainland China
・LINE STORE download link: https://store.line.me/stickershop/product/5359
About the NBA
The NBA is a global sports and media business built around three professional sports leagues: the National Basketball Association, the Women’s National Basketball Association, and the NBA Development League.  The league has established a major international presence with games and programming in 215 countries and territories in 49 languages, and NBA merchandise for sale in more than 125,000 stores in 100 countries on 6 continents.  NBA rosters at the start of the 2015-16 season featured 100 international players from 37 countries and territories.  NBA Digital’s assets include NBA.com and NBA Mobile, which achieved record traffic during the 2014-15 season, as well as NBA TV.  The NBA has created one of the largest social media communities in the world, with more than 915 million likes and followers globally across all league, team, and player platforms.  Through NBA Cares, the league addresses important social issues by working with internationally recognized youth-serving organizations that support education, youth and family development, and health-related causes.
About LINE Corporation
LINE Corporation is based in Japan and develops and operates the LINE app for smartphones.  Since launching in June 2011, the LINE app has grown into a global service used in 230 countries and regions, ranking first in the free app category in 69 countries.  LINE offers free one-to-one and group messaging, as well as free domestic and international voice and video calls.  LINE also includes a wide array of social elements such as fun and expressive stickers, a personal Home, a Timeline, and numerous LINE family apps, including LINE games and LINE camera.  For more information about LINE, please visit http://linecorp.com/en/
*This is Press Release
Posted by Boy Raket at 10:03 AM