Real Estate Projects to Watch Out for in 2016 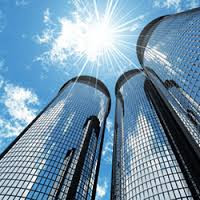 Despite posting a slower growth of 5.3 percent in gross revenue in the second quarter of 2015, Philippine real estate remained the top employer among all industries, based on the Philippine Statistics Authority’s sectoral Quarterly Economic Indices for Q2 2015.
This same bullish outlook is shared by the country’s largest property developers, many of whom have unveiled ambitious projects that will keep them busy over the next few years. Online property portal Lamudi Philippines takes a closer look at some of the big-ticket projects we can expect to hear more from in 2016.
1. Alviera, Ayala Land
This 1,100-hectare large-scale, mixed-use development in Porac, Pampanga, is perhaps one of Ayala Land’s most ambitious projects to date. In fact, the company has earmarked Php90 billion for the project, significantly more than the company is planning to invest in its Arca South project in Taguig. The project’s Phase 1 development—which includes industrial park, a country club, three residential communities, and two academic institutions spread over 207 hectares of land—is already well underway.
2. E-com Center Projects, SM Prime
With the opening of FiveE-com Center this year, and three more office towers in the works until 2019, SM Prime’s Mall of Asia (MOA) Complex is poised to become a business district in its own right. The country’s largest mall developer already has two condo projects in the complex, three office towers, the country’s third largest mall, a convention center, and an indoor arena.
3. Westside City Resort, Megaworld Corp.
Andrew Tan-led Megaworld Corp. recently announced that it will infuse Php65 million for its integrated resort project in the Bay City in Paranaque. Dubbed Westside City (previously called Bayshore City Resorts World), the property developer’s 20th township will have a residential component boasting more than 1,230 units, in addition to a 3,000-seat opera house, shopping mall, and casino in keeping with the Bay City’s entertainment concept.
4. Federal Land and Alveo Land’s Binan Project
Early this year GT Capital Holdings through its real estate arm Federal Land and Ayala upscale subsidiary Alveo Land entered into a joint venture to develop a 45-hectare township project in Binan, Laguna. Both companies are jointly allocating a capital expenditure of Php1.9 billion for the yet-unnamed project. According to GT Capital, the project will be a few kilometers away from the planned Laguna Blvd interchange of the Cavite–Laguna Expressway and will be close to Nuvali and Ayala Westgrove Heights.
5. Clark Green City, Filinvest
In September, Andrew Gotianum’s Filinvest Land bagged the contract to develop 288 hectares of prime land in the Clark Green City, a project master-planned by the Bases Conversion and Development Authority (BCDA). The BCDA has already teamed up with the Home Development Mutual Fund (Pag-IBIG Fund) to build 2,000 affordable mixed-income housing units for the future employees working in the Clark Green City. Additionally, in August, the BCDA and the University of the Philippines signed an agreement to establish UP Clark Green City Campus in a 70-hectare area.
Posted by Boy Raket at 8:32 AM