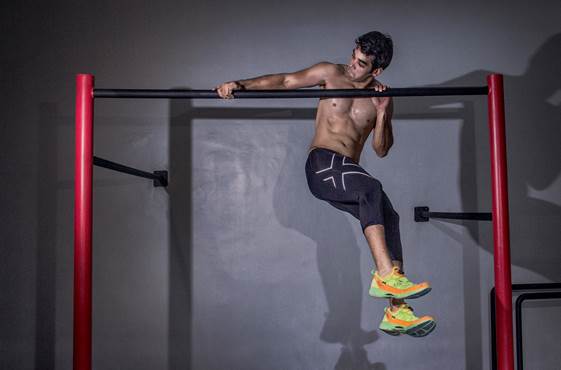 Sports and Recreational Training Arena, also known as SPARTA, recently opened the first and only calisthenics academy in the country.

SPARTA has a sprawling space of almost 10,000 square meters right smack in the middle of Mandaluyong City.  The entire facility is being developed phase by phase. Early this year, it initially opened the country's first and only FIFA 1-star certified indoor football field.

Its owner, TV host and football player Amanda Fernandez, says, “We envision a sports facility which turns ordinary individuals into modern-day Spartans wherein they can overcome their own limitations through constant practice and focused training that challenge them beyond their limits.”

The Sparta Calisthenics Academy was launched this November with the aim of training athletes and non-athletes using bodyweight movements. The benefits of calisthenics include being able to build Spartan-like strength, power, balance, endurance, proprioception, and of course, aesthetics.

Calisthenics comes from the Greek words, "Kalos" and "Sthenos” which means beauty and strength.

The 'KALOS' program is designed to build one’s physique like a Spartan. This includes a strong and defined abdominal region, shoulders, arms, legs, back and chest. Whether for fat loss or muscle building, this program focuses on building the body through specialized bodyweight exercises tailored to any fitness level from beginner to advanced.

The 'STHENOS' program, on the other hand, focuses on gaining strength through the fundamental calisthenics movements and using progressions to get the most out of each exercise every session.  Beginners start with easier variations of the fundamental exercises and advanced athletes perfect their techniques on more difficult variations of the same basic movements and progress to more advanced movements.

Free trial is available for the month of November.  For bookings, please call 6553799

SPARTA is a one-stop sports, lifestyle and wellness center built for the highly competitive athlete.  It is destined to become the most influential sports facility in the Philippines through its centralised location, expert trainers and programs developed for those who aim to dominate the competition.