What Can We Expect from PH Real Estate in 2016 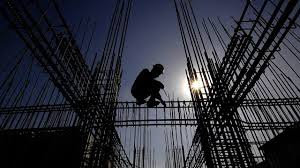 The Philippine economy grew at a slower rate of 5.2 percent in the first quarter of 2015, and 5.6 percent in the second, causing experts to lower their end-of-2015 forecast to around 6 percent. However, despite the turn to less impressive numbers, the local real estate market continues to thrive, and investing in real estate remains safe and ideal for the remainder of the year and for the foreseeable future.

Property portal Lamudi Philippines has listed some of the trends that are forecast for 2016.

1. Continued Growth of the BPO Sector

Apart from the BPO companies’ direct need for real estate, investors can also look to benefit via renting out to traditional offices and commercial and retail establishments looking to take advantage of the opportunities provided by the market comprised of BPO employees. BPOs have also increased the demand in residential properties, especially high-end condos in the major business districts. With the BPO sector workforce also expected to double in 2016 and revenue from the industry to surpass remittances from overseas Filipino workers (OFW), now is a better time than any to invest in rental properties in the cities where these companies are based.

Despite slower gross domestic product growth in 2015, land values still continue to appreciate, albeit at a slower pace. According to Colliers International, growth rates of land values in Metro Manila accelerated in the second quarter of 2015. In addition, land values in the Makati central business district, growing at only 0.85 percent during the first three months of the year, rebounded in the next three by growing at a rate of 2 percent. This raised the area’s average price to Php452,704 per sqm. Values similarly rose in the business districts of Fort Bonifacio and Ortigas Center, increasing at 1.97 and 2.1 percent, respectively.

Metro Manila’s skyrocketing land prices (fueled mainly by lack of supply) drive real estate developers to look further afield for their future projects. We are already seeing a number of big-ticket projects outside the capital, such as Megaworld’s Southwoods project in Cavite and Laguna and Ayala Land’s Alviera in Porac, Pampanga.

As a direct effect of tight supply of land in Metro Manila, rural–urban fringe areas, otherwise known as outskirts, are best described as the locations where the urban and rural transitions into each other. Developers have begun exploring rural–urban fringe for development, embarking on mixed-use projects in these areas in 2015, which will continue into 2016.

The growth in these fringe areas is projected to constitute more than a third of the annual new office supply on average for the next three years alone, indicative of the increased importance these locations have for local real estate, and making them very beneficial to those investing now or in the next year.
Posted by Boy Raket at 10:56 AM