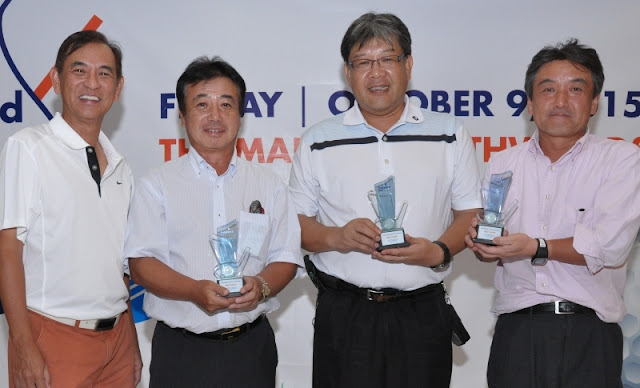 Kazuho Ushiyama of Nagano Seiko bagged the championship title at the Solane LPG 2nd Golf Tournament. Ushiyama made a total of 72 net points in the 9-hole play-offs to win the title cup. He also received the Best Flight and Nearest to the Pin awards.

Nagano Seiko, a Cavite-based manufacturer of reduction gear boxes end parts and shaft for agricultural machinery, is one of Solane’s customers who participated in the tournament. The Solane LPG Golf Tournament is an annual and exclusive sporting event organized by Isla Petroleum & Gas Corporation (IPG) as part of their customer appreciation and nurturing activity. The competition is attended by company executives and officers from IPG’s biggest clients.

Other winners in the Solane LPG 2nd Golf Tournament included Ricky Sta. Ana of Chooks to Go, Sumio Tange of SurTec and Leo Obias of Swedish Match who placed first, second and third runners up, respectively.

In the IPG staff division, Delgado won the championship title and retained the crown from last year’s event.