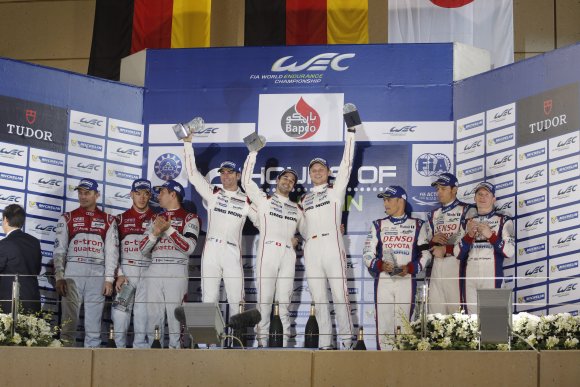 The 6 Hours of Bahrain saw the Stuttgart firm take the top prize in LM GTE Pro, too. Although the N°92 Porsche 911 RSR of Pilet/Makowiecki failed to figure well in qualifying, it went on to dominate the race. Patrick Pilet, who was nominated to start, overtook several cars to appear in front after half-an-hour. Fellow Frenchman Frédéric Makowiecki then finished off the job to collect the win ahead of the N°51 Ferrari 458 Italia (Bruni/Vilander) which failed to match the lap times of the German machine. 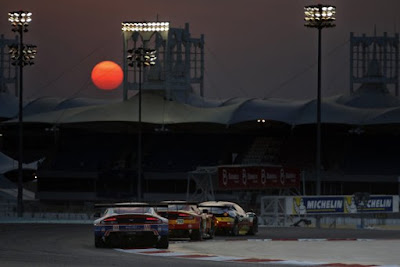 Rigon/Calado (N°71 Ferrari 458 Italia) were initially slightly off the pace but they fought back to pass the Aston Martins before a pit-stop problem put paid to their remaining chances of winning the Drivers’ title and clinching the top Manufacturers’ prize for the Italian make.

The winner of the 2015 FIA Drivers’ Cup was Richard Lietz (N°91 Porsche 919 RSR), even though the consistent Austrian could manage no better than fifth in Bahrain.
Posted by Boy Raket at 2:28 PM