Second NBA Store in the Philippines 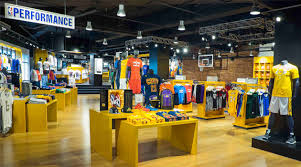 
“The initial flagship NBA Store in Glorietta has established itself as the premier destination for NBA fanatics in the country and we could not be more excited to fuel their passion with the unveiling of our second store,” said Melvin Lloyd Lim, President and CEO, IATC.  “By opening our doors in the heart of Metro Manila, we look forward to providing more fans access to a comprehensive assortment of NBA merchandise, bringing the authentic NBA shopping experience to Filipinos.”


“We are thrilled to expand our footprint with the opening of the second NBA Store in the Philippines,” said Carlo Singson, Associate Vice President and Country Manager for the Philippines, NBA Asia.  “IATC is the ideal partner in our efforts to outfit more Filipinos in their favorite NBA apparel and to offer the widest range of NBA merchandise in the Philippines.”


The NBA Store is carrying products from brands such as adidas, NIKE, Under Armour, New Era, Panini, Spalding, Stance, 2K Sports, and many more, including select NBA apparel exclusive to the store.


Earlier this month, the flagship NBA Store in the Philippines received the 2015 Asia Sports Industry Gold Award for the “Best Sports Retail Campaign” in recognition of the store’s industry leading standards.