Chatri Sityodtong revolutionizing MMA in Asia with expansion of ONE Championship 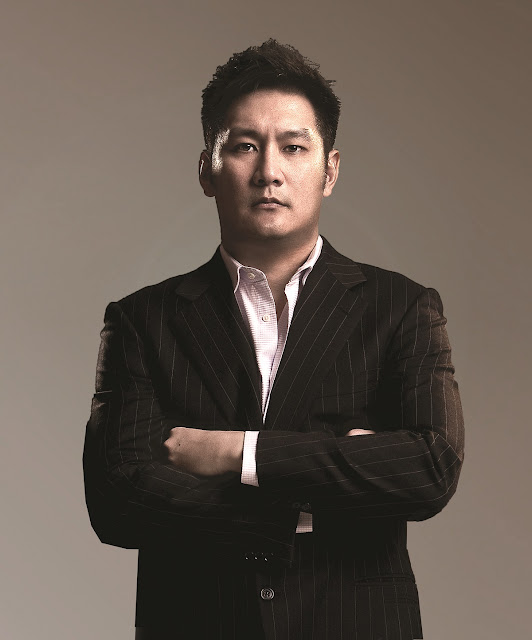 Every once in a while, someone comes along with an idea -- something so profound that it changes his life and the lives of those around him. Multi-millionaire Thai entrepreneur Chatri Sityodtong spent his entire existence abiding by the principles of martial arts which he holds dear, bringing him success and prosperity from his extremely humble beginnings.

The teachings and principles of martial arts, to which he says he owes his life to, has led Sityodtong to pioneer a revolutionary transformation in Asia, uniting its people under one banner -- mixed martial arts, or more commonly known as MMA -- today the fastest growing sport in the world.

Just in the last couple of years alone, MMA’s viewership has exploded across Asia and is shown in over 118 countries all over the world.

Though the allure and excitement of martial arts in a safe and competitive environment has drawn fans from all corners of the globe, the sport’s popularity in Asia can be attributed to Sityodtong and his tremendous work in building MMA promotion ONE Championship from a promising, young upstart to the largest sports media property in Asia in a span of just five years.

Today, ONE Championship is the premier MMA organization in Asia.

Athletes from all over the world, and not just locally, are jumping at the opportunity to showcase their skills inside the ONE Championship cage. The biggest marketing partners in the world are eager to do business with the promotion, riding the wave of MMA as it continues to increase in popularity.

ONE Championship is also set to cross the US$1 billion dollar valuation mark in about 12-18 months according to Sityodtong, which is unprecedented considering the company is still barely in its infancy.

“We are growing at triple digit growth rates and the market opportunity is massive in Asia. There are 4.1 billion people who live here and our growth opportunities are limitless,” said Sityodtong.

Asia is home to the world’s largest population, and with ONE Championship’s constant expansion into new and untapped markets, it makes sense that crossing the billion dollar valuation mark is an inevitable milestone for the company.

Just last month, Sityodtong led an emotional return to his native Thailand, holding the first ever live MMA event from a major MMA organization with ONE: Kingdom of Champions. It also crowned the youngest MMA champion in the history of the sport, a female champion at that -- 19-year old Angela Lee who is of Singaporean, American and Korean descent.

And that’s just the tip of the iceberg. ONE Championship has consistently pushed the envelope of the last few years, breaking barriers and shattering social and economic stereotypes as it touches the lives of its athletes and the fans who rally behind them.

“Japan, South Korea, Hong Kong, Macau, Vietnam and a few other new countries are on the map in the coming years. Equally important is that we will be expanding our footprint in China this year and beyond,” said Sityodtong.

In 2011, ONE Championship was dreamt up with the aim of unifying all of Asia’s martial arts talent under one global MMA powerhouse. Sityodtong believed in the potential of MMA in the region, which is said to have been the birthplace of martial arts with over 5,000 years of rich history.

It began with a small fanbase of hardcore MMA fans intrigued at the possibilities of what would later become a global phenomenon. Today ONE Championship is broadcast to a potential 1 billion homes worldwide.

In a brief period, ONE has also been able to attract various blue-chip sponsors, to partner with the largest TV networks in each Asian nation, and to sign the top MMA talents and world champions in Asia to exclusive contracts.

“My passion and love for martial arts gave me the drive to bring ONE Championship to fans in Asia who yearned for exciting live MMA events in their own backyard,” said Sityodtong. “I have trained in Muay Thai and various other martial arts my entire life, and I felt compelled to showcase the sport’s beauty not just to Asia, but to the entire world.”

ONE Championship has rapidly expanded across the region over the last few years, holding live events in countries like the Philippines, Malaysia, Indonesia, Singapore, Myanmar, Dubai, and even mainland China. The promotion’s MMA talent comes from all over the world, with fighters signed from Europe, the United States, Brazil, Japan, and central Asian nations like Tajikistan.

“It’s just something that I felt I needed to do – to give back to the sport that has given me so much in life,” said Sityodtong about the birth of ONE Championship. “Every life lesson that I have learned has come from martial arts, and the principles and ideals that martial arts swears by, I have taken to heart. It has guided me all throughout, and I credit my success to the lessons it instilled in me at a young age.”

Sityodtong wasn’t always affluent. He experienced poverty to some degree at ground zero, putting himself through Harvard Business School with sheer willpower and perseverance, while digging his own family out of the trenches so to speak.

With ONE Championship, it was an idea that just made sense to Sityodtong. And he believed in it enough to see the dream through.

“We have been registering triple digit percentage annual growth rates in revenues since we started five years ago. Compared to most companies around the world in any industry, ONE Championship is doing very well. However we are still far from where I would like us to be,” said Sityodtong.

“Our plan over the next 3-5 years is to get to a 52 event weekly schedule of live events across Asia with a live broadcast to 2 billion homes. Our vision is to become a part of everyday life for everyone in Asia. I envision a world where everyone in Asia will tune into our events every weekend. There is no reason why it should not happen because Asia has always been the home of martial arts.”

Wherever the company is headed, Sityodtong is certainly the man to know and things are looking to be in good shape. Asian MMA, at the very least, has a man they can trust to take this amazing sport to unprecedented heights.

*This is Press Release
Posted by Boy Raket at 2:18 PM