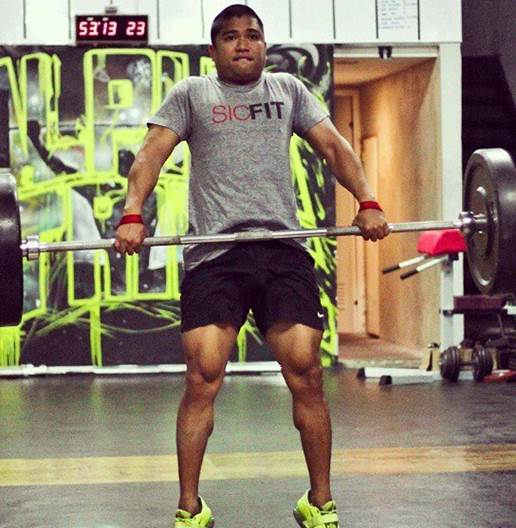 Sports and Recreational Training Arena or SPARTA, the only 10,000 square meter sports-facility in the country located in Mandaluyong City, has just opened its third gym in the complex.

SPARTA now has 3 gyms that fitness enthusiasts can choose from or alternately go to - 360 Pro, Sparta Calisthenics Academy (SCA) and now, Alpha Strength.

Alpha Strength owner Aaron dela Cruz, also known as Coach A, is a US Certified Level 1 Weightlifting Coach and also a certified Life Coach.  He was also a Gold Medalist in 2013 and 2011, for the Philippine National Raw Powerlifting Competition.

According to Coach A, "We're all about making people stronger, because if you're stronger, everything becomes easier."

“At Alpha Strength, you are not just forced to do reps, you are made to do things at your own pace.  The number of work and the number of sets is up to you, it would depend on what you can handle.  Compared to other gyms, we are really strength-based”, Coach A says.

Coach A, who described himself as a scrawny little kid while growing up, turned to powerlifting to compensate for his lack of height. He felt that he can instead make himself stronger.

As to what makes Alpha Strength stand out from other gyms, Coach A says, “First, we help people get stronger.  We help them reach fitness goals.  We offer different methods to attain one’s goals.  We are also about changing people's lives, we help people reach goals thru strength.”

SPARTA is a one-stop sports, lifestyle and wellness center built for the highly competitive athlete.  It strives to become the most influential sports facility in the Philippines through its centralised location, expert trainers and programs developed for those who aim to dominate the competition.

*This is Press Release
Posted by Boy Raket at 7:08 AM