Single/Single Deals with Love and Romance in the Workplace 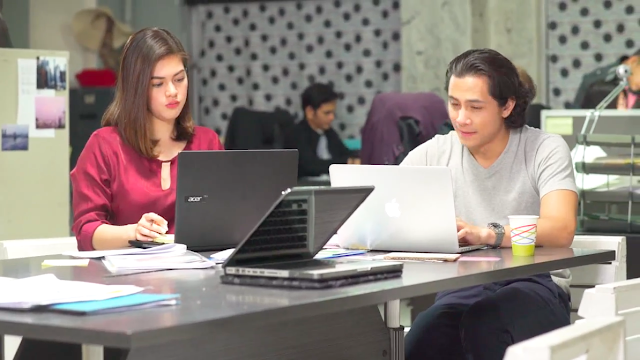 Finding love in the workplace can be tricky. Dealing with it can even be more daunting, especially when you are just learning to adult. Embarking on a romantic relationship with a co-worker can sometimes lead to disaster as this may blur the lines between personal and professional.

This week, PhilStar TV and Cinema One’s breakthrough series Single/Single will try to shed some light on the pros and cons of having an office affair with real-life couples like award-winning rom-com directors Dan Villegas and Antoinette Jadaone sharing their thoughts and experiences on how they managed to make it work. They first worked together on the movie “Bakit Hindi Ka Crush Ng Crush Mo?” where Dan was the cinematographer and Antoinette was the script continuity supervisor. They went on to collaborate in film projects like “Beauty In A Bottle”, “Relaks, It’s Only Pag-ibig”, “English Only Please” and “That Thing Called Tadhana”. As their romance blossomed, so did their careers – including the complications that come with it.
Same goes for Joee, one of Single/Single’s lead characters played by Shaina Magdayao. In this episode, she had to deal with working with current flame Steve, played by JC Santos, not just in the same advertising agency, but on the same project at that. Will she be able to balance work and love? Or, will she have to sacrifice one for the other?

What about Matteo Guidicelli’s character, Joey? Is he really letting go of Joee despite the fact that they seem to still have feelings for each other when they together in Emerzon’s wake?  With the pain of losing their friend still fresh in their hearts, how can they face these new challenges and possible heartaches?

Find out in episode 4 of Single/Single, an engaging comedy series, now on its second season of tackling relevant issues of the single urban millennial. The show also stars Anna Luna as Ranee, Brian Sy as Benny and veteran actress Cherie Gil as the feisty Tita Bianca.

Single/Single airs every Sunday at 10 PM on Cinema One, with replays on Wednesdays at 8:30 PM and Saturdays at 9PM. Past episodes can also be viewed on www.philstartv.com.


*This is Press Release
Posted by Boy Raket at 8:00 AM