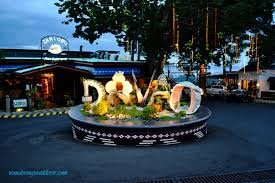 Davao is the Philippines’ largest city in terms of land area, and quite expectedly, its real estate market is as varied as the city is wide

The center of one of the three largest metropolitan areas in the Philippines, the city of Davao is expectedly also one of the Philippines’ most urbanized. Similar to its counterparts Cebu City and Manila, it functions as the key commercial, industrial, and educational district of the Davao Region and indeed the entire island of Mindanao, and is also one of the most highly desired in terms of investing real estate and residing overall.

Plenty More to the “Durian Capital of the Philippines”

Having officially garnered cityhood in 1936, Davao City is the main component of Metro Davao, the third most populous metropolitan area in the country. As its center, Davao City serves as the main hub for the region’s commercial, industrial, and educational activity.

What separates Davao City from other major urban locales, however, is that it also has a wealth of outdoor tourist destinations. One of its most recognizable landmarks happens to be Mount Apo, the highest mountain in the county.

From both a tourist and residential standpoint, one of the major draws to Davao City has been its safety. Arguably the safest city in the country already, crowdsourced rating website Numbeo has had Davao City ranked within the top ten of safest cities in the world since June 2015.

Living in and Buying Property in Davao City

Similar to its major metropolitan counterparts, the city has a large population, and in the last census was ranked to have fourth highest in the country. As a city with numerous residents, Davao continues to see the emergence of condominium developments and mixed-use townships in an effort to meet the increasing demand for real estate from its growing population.

Investors considering properties that are near the business district or areas with high and active foot traffic can look into areas like Davao Park District, the first township project in the Mindanao Region. The 11-hectare development is a project of Megaworld Corporation, and is envisioned to become the city’s premiere business district and a major center for the IT and BPO industries. Commercial, industrial, and office spaces are expected to be plenty here, as well as a number of residential units.

There are also existing condominium developments like the Dusit Thani Residences, Ecoland 4000, One Oasis, and numerous others situated in prime locations in the city with relatively easy access to commercial areas, schools, hospitals, and other urban necessities.

Although Davao is highly urbanized, property seekers can also find traditional houses and lots in the city that would be a little scarce. Characterized by extensive mountain ranges and large, contiguous lowland areas, the types of property seen in the city are vast and are able to suit the needs of just about any type of buyer or investor.

Prices of residential property listed online for the city of Davao are currently valued between Php410,000 at the lowest, to as much as Php50,000,000. A coastal city, a number of beach lots are available in the southeast area of the city that are ideal for retirement or vacation homes, or for tropical resorts.

The city’s large area has also allowed it to have a thriving agriculture industry, and expectedly, there are also numerous sections of Davao where farm lots and acreages are situated.