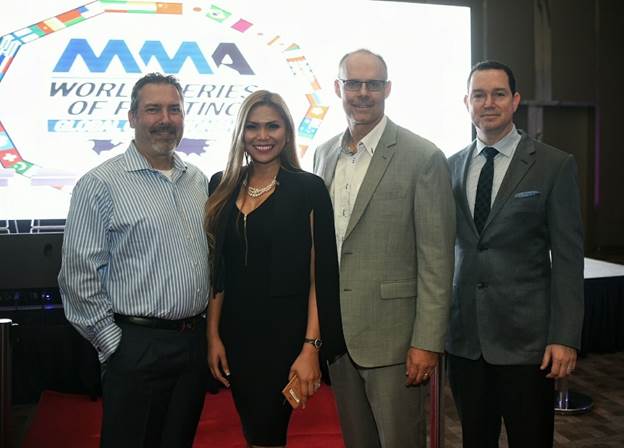 Mario Sismundo (3-1) will be in the spotlight as the co-main event, when he takes on China’s Keremuaili Maimaitituoheti (5-3). Mario’s charisma and charm has captivated the Philippines’ fan base. It doesn’t hurt that he carries a striking resemblance to boxing great, Manny Pacquiao. The relationship between Philippines and China has been toxic due to disputes over territories in West Philippines Sea and South China Sea.  This fight will have national pride on the line.

The feature female bout of the night showcases Jujeath Nagaowa (2-0), a former professional boxer who won the WBC Asian Boxing Council Female Atomweight Title and WIBA International Light Flyweight Title.  The “Bad Girl” will be taking on Malaysia’s Audreylaura Boniface (1-1), who is a doctor in her daily profession.

The lead fight on the undercard features undefeated rising MMA prospect, Neil Larano (2-0). He will be taking on Pakistan’s Ahmed “Wolverine” Mujtaba (6-0).  With neither of these fighters having tasted defeat before, this is sure to be a spectacular match.

Jenelyn Olsim (2-0) is coming off an impressive win against Australia’s Claire Fryer, whose only previous loss was to UFC fighter Alex Chambers.  Her undefeated record will face a whole new test against Brazil’s Nayara Hemily (3-3), winner of her last two contests.

“I have goosebumps!” Jason Lilly, Vice President of Operations and Matchmaker for WSOF-GC. “This is such an exciting concept – Philippines Versus the World.  We used a similar concept in Japan with the international fighters winning 5-3. The fans are the real winners here. This is an opportunity for them to see other international combatants against some of their local heroes. It also gives Filipino fighters a chance to measure themselves against their counterparts. I can say with certainty that there has never been an event like this here in Philippines.”

“WSOF-GC Owner, Dunesa Hesser, adds, “If that wasn’t exciting enough, one lucky fan is going to win one million pesos the night of the fight. We have been working with TicketNet and DTI to make this event extra special for one lucky fan. We will announce the winning ticket number during the fight. Someone other than the winning fighters is going to be walking away with a big smile that night.”


WSOF-GC will host WSOF-GC 3 Philippines at Smart Araneta Coliseum on July 30, 2016. Tickets start at PHP300 with ringside seats available for PHP4000. Tickets are now on sale at http://ticketnet.com.ph/WSOF-GC3-Philippines--Smart-Araneta-Coliseum/EventDetails/431. Smart Araneta Coliseum has been host to many great events over the years, but is most notably known for Ali vs Frazier III “The Thrilla in Manila”.