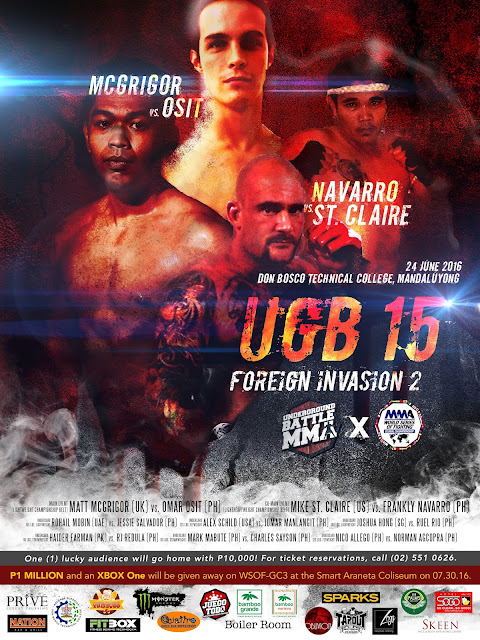 The event is a follow-up to the hugely successful Foreign Invasion 1, which crowned new champions in American Brad Robinson and Pakistanis Uloomi Karim and Ahmed Mujtaba.

Joining together with the champions are the new Lightweight Matthew McGrigor and Light Heavyweight Mike St. Claire.

A night of awesome MMA action and Rock & Roll Music. Six viewer won free tickets to the big show on July 30 where he or she can take home P1 million in cash!

Event was made possible by UGB MMA Corp. is the Official Licencee of WSOF-Global and Fitbox Fitness and Boxing Gym (UGB MMA Corporate Partner)
Posted by Boy Raket at 10:30 AM