How do the characters see themselves ten years from now? This is the big question that will be tackled this Sunday in PhilStarTV and Cinema One’s first-ever breakthrough series, Single/Single season 2. Prepare to laugh and learn watching your favorite weekend barkada get lost in a reverie of sorts imagining their #FutureNow.

This episode will give you a peek into the characters’ deepest dreams and aspirations.  Joey, played Matteo Guidicelli, envisions his future as a successful entrepreneur and family man. This is what prompted him to leave his carefree days as a musician.  Now he’s taken on a new challenge – trying to become a serious businessman by setting up his own bar. Does his vision include Shaina Magdayao’s character, Joee? Will his feisty, sometimes over-protective mom, Bianca, played by Cherie Gil, support this change? 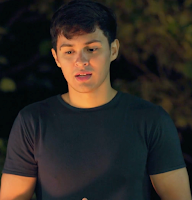 As for Joey, we saw her struggle in balancing her work and her relationship with Steve. Her dilemma was supposed to be resolved by Steve’s sacrificial resignation. Now that Steve gave way for her to have time for both, she is more focused on being career-driven and dead set to rise up the corporate ladder, something that she had always dreamed of. In fact, in her reverie, she achieves awards for her accomplishments but will Steve still be a part of her future?

Brian Sy’s comic character, Benny, on the other hand also imagines himself successful a decade forward – someone who can proudly face his ex-boyfriends with a triumphant look on his face and so much money in his pockets. However, as he sets out to make his dreams come true, he gets caught up in a rather hilarious misadventure that will teach him a lesson of a lifetime.

Join the whole Single/Single gang as they go through another chapter of adulting, taking the first steps toward achieving their dreams. Single/Single Season 2 airs every Sunday, 10PM in Cinema One with replays every Wednesday, 8:30 PM and Saturdays, 9PM. Past episodes can also be viewed on philstartv.com. For more updates, visit facebook.com/SingleSingleC1 and @SingleSingleC1 on Twitter and Instagram.
Posted by Boy Raket at 7:25 AM