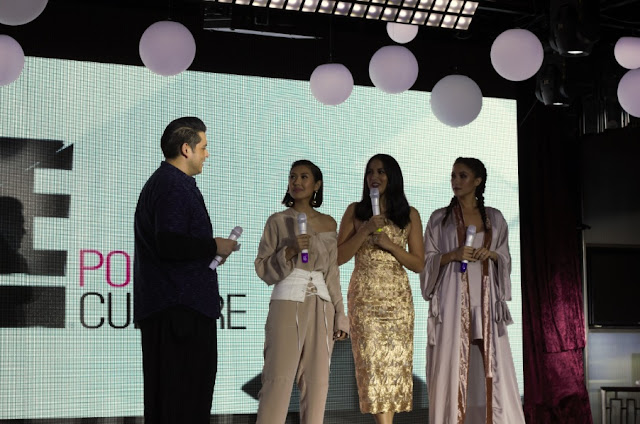 !T GIRLS, which critics are calling Sex and the City meets Keeping up with the Kardashians, follows four celebrity BFFs who are at the top of their game: Georgina Wilson (former Asia’s Next Top Model host), Solenn Heussaff (French-Filipina actress/artiste), Isabelle Daza  (daughter of Miss Universe 1969) and Liz Uy (celebrity stylist). For the first time, the fabulous four give fans an all-access look at their lives in the exclusive upper echelons of the Philippines’ sensational showbiz scene.

“Between them, the !T GIRLS have an outstanding 17 million social media followers. With this series, those fans will get to see what they are really like outside of their glamorous celebrity personas. This is a unique experience that only a pop culture powerhouse like E! can bring,” said Scott Mackenzie, Vice President, Channels, Asia, NBCUniversal International Networks and the series’ executive producer, “With the ratings success of It Takes GUTZ To Be A Gutierrez in markets like Singapore and Malaysia, we are confident that !T GIRLS will also fascinate viewers across the region.”

Directed by Raymond Gutierrez, E! News Asia host and star of E!’s It Takes GUTZ To Be A Gutierrez, each episode of !T GIRLS follows the crazy and colorful lives of the squad, rotating between their different roles as public personalities and switching modes into their more personal lives as wives, sisters and daughters. Drama abounds as the pressures of being a celebrity heighten and the ultimate question is – what will these !T GIRLS compromise between life changes and their showbiz life? Will each prioritize things at home or keep up with the ever-evolving demands of their careers? Can an !T GIRL truly have it all?

Georgina Wilson, Solenn Heussaff, Isabelle Daza and Liz Uy take #SquadGoals to the next level when !T GIRLS debuts on 24 October, Mondays at 8PM on E!

Join the conversation on social media with #ItGirlsOnE


NBCUniversal International Networks is one of the world’s premier entertainment portfolios, delivering quality content and compelling brands to over 167 territories across Europe, the Middle East, Africa, Latin America and Asia Pacific. The channel brands in the portfolio include Universal Channel, Syfy, E! Entertainment Television, 13th Street, DIVA, Studio Universal, Telemundo, Bravo, The Style Network and Golf Channel. These unique brands deliver a full range of entertainment experiences to local audiences across the globe; the portfolio also includes Movies 24 in the UK. Further, NBCUniversal News Group, one of the most influential and respected portfolios of on-air and digital news properties in the world, operate CNBC and NBC News internationally.

*This is Press Release
Posted by Boy Raket at 2:44 PM