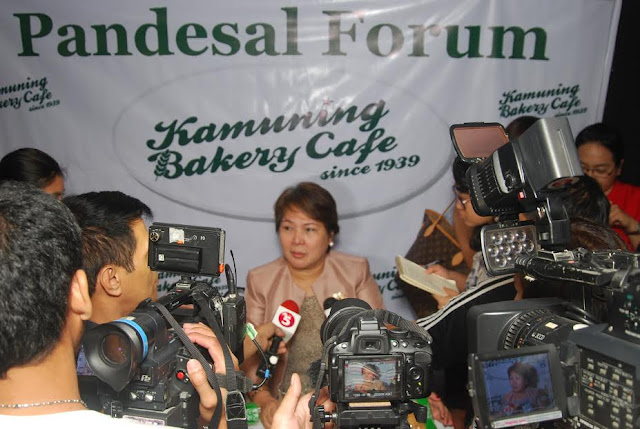 Whistleblower Association of the Philippines president Sandra Cam on October 25 Tuesday morning told the media at the non-partisan “Pandesal Forum” of 77-year-old Kamuning Bakery Café in Quezon City that she thinks alleged drug lord Kerwin Espinosa shall be extradited back to the Philippines in three weeks from Abu Dhabi, United Arab Emirates.

It was Sandra Cam who tipped off the Duterte administration and the Philippine National Police (PNP) on the whereabouts of fugitive Kerwin Espinosa, the notorious drug lord son of Mayor Rolando Espinosa Sr. of Albuera, Leyte province. Cam revealed that Kerwin Espinosa might possibly become a state witness, who shall reveal the names of certain corrupt politicians and other personalities involved in the illegal drugs trade.

Cam revealed that it was on her birthday October 8 that she was notified by her staff in Abu Dhabi that the latter had seen and taken a cellphone photo of Kerwin Espinosa, and after using her UAE connections to verify the immigration and visa records of the fugitive, Sandra Cam called Secretary Bong Go at 12:30 a.m. past midnight and then she later received a phone call at 3:00 a.m. from PNP Director General Ronald “Bato” dela Rosa. It was also Sandra Cam who expedited the UAE visas of the PNP operatives who flew from Manila to Abu Dhabi to arrange for the detention of Kerwin Espinosa. 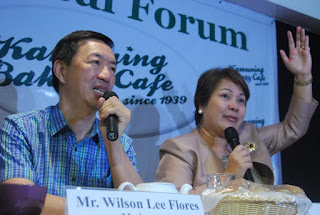 Sandra Cam expects the extradition process for bringing Kerwin Espinosa from UAE to Manila to take at least “three more weeks”, and she hopes to fly to Abu Dhabi to be with the alleged druglord when this happens. Cam said she is not interested to get any reward money for tipping off the PNP about the alleged drug lord, asking that any reward money be donated for building of more rehabilitation centers, because she said: “I am doing all these and my anti-illegal drugs advocacy for the country and in full support of the courageous leadership of President Duterte. I believe the Duterte administration is upholding human rights and rule of law in this war against illegal drugs and crimes, because we are upholding the human rights of the citizens and of the numerous innocent victims of heinous crimes often caused by illegal drugs. Let us support the government’s anti-drugs and anti-crimes campaign to strengthen our Philippine democracy. I ask foreign countries to also support the Philippines in this anti-drugs and anti-crimes campaign.”

*This is Press Release
Posted by Boy Raket at 2:27 PM